Facebook Twitter LinkedIn
Luxor Governor Mohamed Badr deserves the title of governor of Tutankhamun. He reminds us of the 1923 demonstrations when the Egyptians hailed Morcos Hanna, the minister who refused to give Howard Carter half of Tutankhamun's treasure that he had discovered.
Badr made November 4, the day Tutankhamun's tomb was discovered in 1922, a national day for Luxor, which reflects how aware he is of the importance of this archaeological discovery.
The 93rd celebration of the discovery was wonderful. Badr invited political, culture and media personalities to the event, balloons flew over Luxor and folk dances were performed at Queen Hatshepsut's temple. It was a beautiful, popular carnival. It was a message to the whole world that Egypt is the cradle of civilization, and that Luxor will continue to be the safe resting place for the treasures of the ancient Egyptians for tourists from all over the world to see and feel the fragrance of history.
Prime Minister Ibrahim Mehleb was right when he chose Badr as governor. I think he knew Badr would do a lot for the city and for tourism.
When you meet the young governor you will see how simple a man he is. All he cares for is to keep Luxor clean and provide services to its people and visitors for it to regain its global reputation.
He does not have a driver. He drives his car himself and not in a motorcade. You will see him touring the city and the smallest nearby villages to sit with the people and listen to them. He inspects archaeological sites periodically to make sure every official is doing his job right. This young man is a model of leadership that works silently to achieve a breakthrough for the people of Luxor and for tourism.
We are only seven years away from the first centennial of the discovery of Tutankhamun’s tomb. We need to prepare now for a big celebration to which we should invite kings and heads of state. The celebration should take place in two places:
The first is the Grand Egyptian Museum for visitors to see Tutankhamun’s pavilion and know that we do take good care of our treasures.
The second is in Luxor, specifically in the Valley of the Kings, where we should play the music of our forefathers with the same instruments they used, along with the music of us descendants so as to prove to the world that Egypt’s history and people are one and the same that will continue to dazzle humanity forever.
Before leaving Luxor, a man in the street stopped me and asked me to thank Ibrahim Mehleb for choosing Badr.
Edited translation from Al-Masry Al-Youm
Tags
Governor Luxor Mohamed Badr Tutankhamun 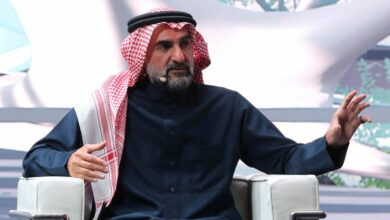 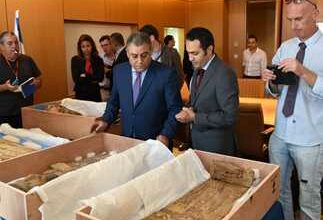