Salah is preparing to lead Liverpool against Tottenham in an English face-off on Saturday in the Spanish capital, Madrid, for the Champions League final.

Salah has played 77 matches in the UEFA Champions League and UEFA Europa League with the various clubs he has played for, including FC Basel, Chelsea, ACF Fiorentina, AC Roma and Liverpool.

Egypt’s Mohamed el-Neny, Arsenal’s midfielder, is second on the list of the Egyptian players to participate in the greatest number of European championships.

Neny is preparing for the match against Chelsea in another English face-off on Wednesday in Baku, the capital of Azerbaijan, for the UEFA Europa League final. 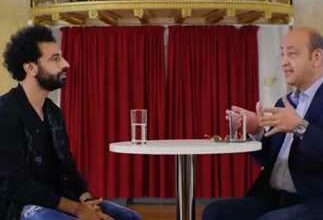