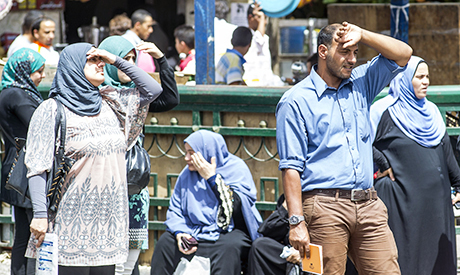 Meteorologists expect more warm weather on Tuesday during the day in Greater Cairo and Lower Egypt, with hotter temperatures predicted in northern Upper Egypt, South Sinai and along the Red Sea mountains.

Very hot weather is expected for southern Upper Egypt, while moderate temperatures are predicted to prevail along the northern coasts and in central Sinai.

Temperatures predicted for the following cities are: 21C in Alexandria, 23C in Cairo, 32C in Qena, 33C on Luxor, and 34 in Aswan.

Fog is also expected to impact visibility in the morning hours in Greater Cairo, Lower Egypt, along the northeastern coasts and in central Sinai.

Winds will be mostly northwestern and moderate, with active winds predicted for the Gulf of Suez.