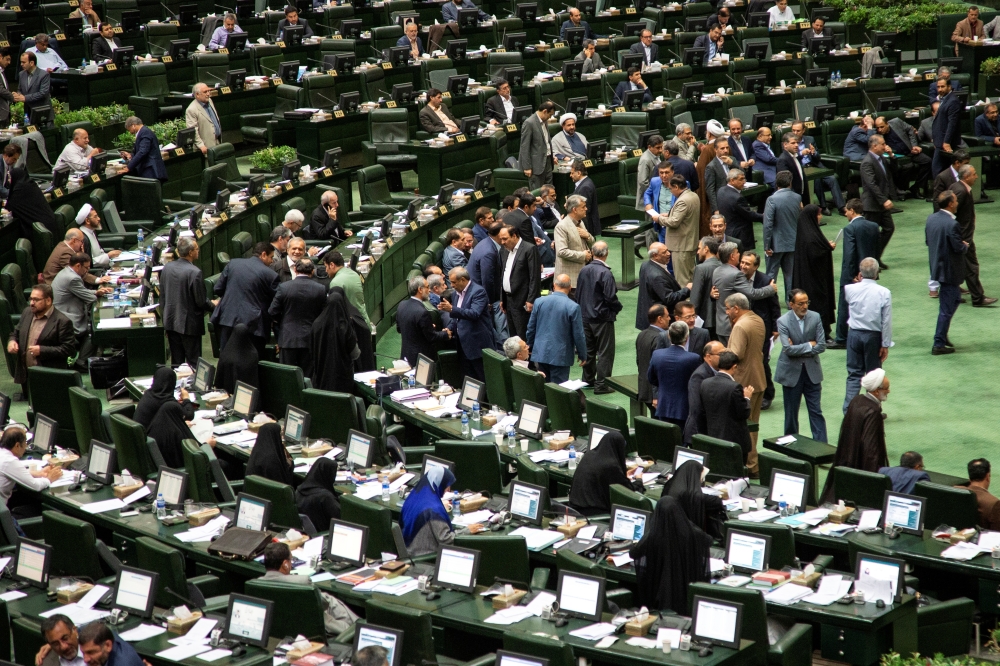 DUBAI (Reuters) – A motion for Iran to quit the nuclear Non-Proliferation Treaty (NPT) was introduced in parliament on Tuesday, the assembly’s news site ICANA reported, in a move that appears to raise the stakes in Tehran’s confrontation with the West.

The report did not say when parliament might vote on the motion. Iran’s Supreme Leader Ayatollah Ali Khamenei, the highest authority in the Islamic Republic, makes the final decisions regarding the country’s nuclear policy.

Iranian Foreign Minister Mohammad Javad Zarif said last week that Iran could withdraw from the NPT if European countries refer it to the U.N. Security Council over a nuclear agreement, a move that would overturn diplomacy in Tehran’s turbulent relations with Western powers.

The 1968 NPT has been the foundation of global nuclear arms control since the Cold War, including a 2015 deal Iran signed with world powers that offered it access to global trade in return for accepting curbs to its atomic program.

The fate of the 2015 pact has been in doubt since U.S. President Donald Trump pulled the United States out of it in 2018 and reimposed sanctions. Iran has responded by scaling back its commitments, although it says it wants the pact to survive.

Britain, France and Germany declared Iran in violation of the nuclear deal two weeks ago and have launched a dispute mechanism that could eventually see the matter referred back to the Security Council and the reimposition of U.N. sanctions.

IS tries to stage comeback amid rising US-Iran tensions