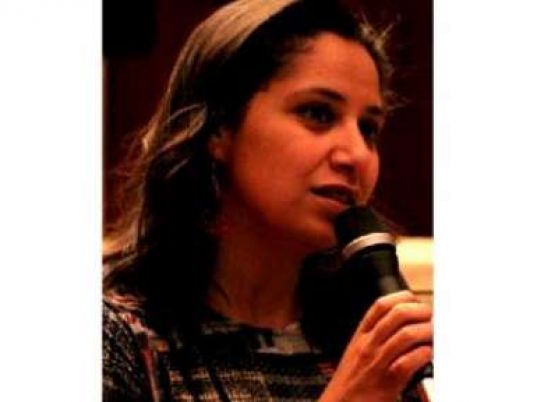 Nazra for Feminist Studies, along with its Founder and Executive Director of Mozn Hassan, received the 2016 Right Livelihood Award, widely known as the "Alternative Nobel Prize", on Thursday.

Hassan and Nazra received the award "for asserting the equality and rights of women in circumstances where they are subject to ongoing violence, abuse and discrimination," the Right Livelihood Award Foundation said in a statement.

In June, Hassan joined a list of Egyptian human rights defenders banned from travel in relation to a 2011 case, recently reopened against local NGOs for receiving foreign funding. An Egypt Court this week ordered the freezing of the assets of a number of human rights defenders and organizations that however do not include Hassan or Nazra.

Hassan was officially summoned in the reopened case in March, following the interrogation of three other members of Nazra in the same case.

“Hassan’s work has placed her in the crosshairs of various groups during an incredibly turbulent period in Egypt, culminating in the present crackdown on civil society and NGOs”, Ole von Uexkull, executive director of the Right Livelihood Award Foundation said.

“Her work in, amongst many other things, successfully lobbying the Egyptian government to enshrine increased rights for women in the 2014 Constitution encapsulates the values of the Right Livelihood Award, and we hope that this will highlight that the fight for equal rights for women in Egypt – and across the world – is far from over," he added.

The statement also quoted Hassan, who said that the award is not only a recognition of her or Nazra’s work, but is rather "for every woman who has fought for her basic rights, who has combated and survived sexual violence, for all the women who fight daily to exist."

The Right Livelihood Award, which was established in 1980, honours people and organisations offering visionary and exemplary solutions to the root causes of global problems, according to the statement.

Hassan and Nazra are the third Egyptian recipients, after Ibrahim Abouleish/SEKEM  who were awarded in 2003 and Hassan Fathy, who received the inaugural Right Livelihood Award in 1980.