French President Francois Hollande has warned that a Marine Le Pen victory in upcoming elections poses a serious threat to France and the rest of Europe. The outgoing president says he'll do everything possible to prevent such a result.

In an interview published by European newspapers on Monday, Francois Hollande said he believed French voters "will not succumb" to the extreme right in presidential elections next month. 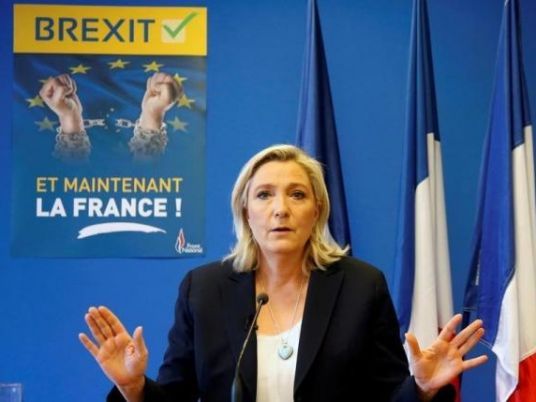 France's far-right candidate, Marine Le Pen takes a hard line on immigration, wants France to withdraw from the eurozone and have a referendum on EU membership.

"The far-right is stronger today than it's been in 30 years. But France will not give in," Hollande said. "We know this vote will not only decide the fate of our own country, but also the future of Europe."

Polls suggest Marine Le Pen, leader of the far-right National Front (FN), could well win the first round of the presidential election on April 23. According to most current surveys, the top two candidates, Le Pen and Emmanuel Macron, would then meet in a decisive second round on May 7. 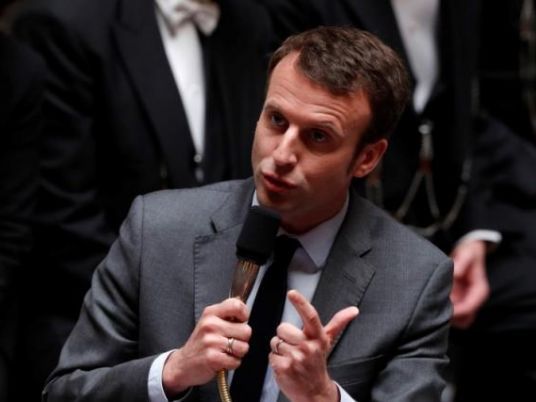 Emmanuel Macron, 39, quit as economy minister in August and launched his independent presidential bid in November 2016.

'A future of borders'

Hollande warned that a Le Pen victory could lead to France's immediate exit from the eurozone and the European Union.

"That's the goal of all populists: to leave Europe, close themselves off from the world and to imagine a future of barriers and borders defended by watch towers," he added, alluding to US President Donald Trump's pledge to build a wall on the Mexican border.

"My ultimate duty is to make sure that France is not won over by such a program, and that France does not bear such a heavy responsibility," Hollande said. The outgoing leader's approval ratings have dived in the polls over the past several months. He is currently regarded as the most unpopular president of the Fifth Republic.

Hollande's interview was published by six daily newspapers, including Germany's "Süddeutsche Zeitung," hours before heads of state from Germany, France, Italy and Spain were due to attend a mini-summit in Paris.

Hollande told the newspapers it was inevitable that the European Union would have countries progressing at "different speeds," and warned that "Europe will explode" if that idea isn't accepted.

He also expressed frustration over sluggish decision-making by the bloc and what he called a return to "national egoism," with European countries pursuing individual goals without common ambition. 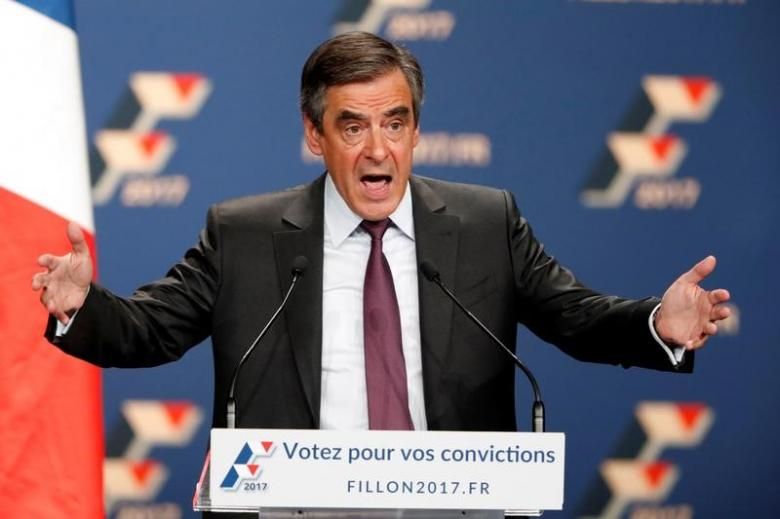 A surprise winner of the right-wing Republicans primaries, the socially conservative Francois Fillon is seen to represent the interests of France's Catholic middle class (Photo: Reuters).

Hollande acknowledged that the recent victory of Donald Trump in the United States had emboldened populists across Europe, but said this had also presented progressive Europeans with an opportunity to present their projects more clearly.

He also advocated better coordination of a European defense policy and the integration of armed forces, and added that sanctions could be a possibility for bloc members that don't respect EU principles.

Marine Le Pen. The National Front leader has adopted a more moderate tone than her anti-Semitic father, party founder Jean-Marie Le Pen. But she still takes a hard line on immigration, saying children of irregular migrants should not have access to public education. She also wants France to withdraw from the eurozone and have a referendum on EU membership. It's predicted she'll advance to the second round.

Francois Fillon. A surprise winner of the right-wing Les Republicains political party primaries, the socially conservative Fillon is seen to represent the interests of France's Catholic middle class. An admirer of former British Prime Minister Margaret Thatcher, he supports a liberal economic policy. Until Penelopegate struck, he was widely projected as the winner of a run-off against Le Pen.