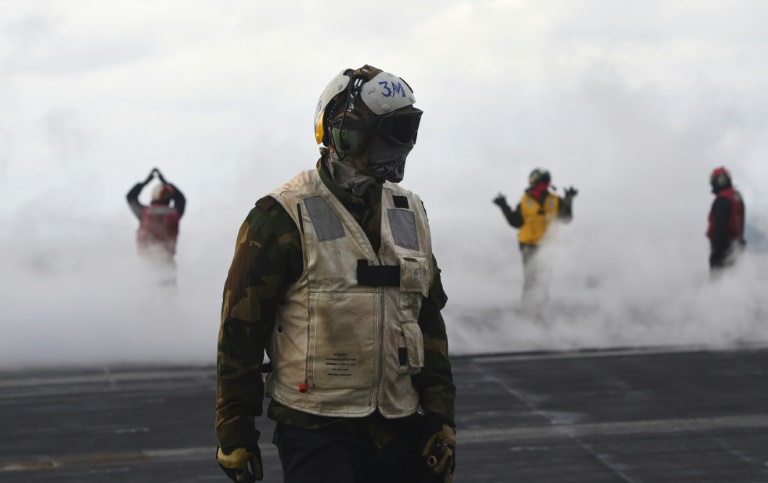 North Korea on Tuesday said looming US-South Korea military drills could impact the proposed resumption of nuclear talks between Pyongyang and Washington, and hinted that it could reconsider its moratorium on nuclear testing.

It was the first statement from Pyongyang on the talks since US President Donald Trump and North Korean leader Kim Jong Un agreed to their resumption at an impromptu meeting in the Demilitarized Zone in June, following months of deadlock between the two sides.

The joint drills have been held for years but were scaled down to facilitate dialogue with the North after Trump’s historic first summit with Kim in Singapore last year.

“If the military exercise really goes ahead, it would affect the DPRK-US working-level talks,” an unnamed foreign ministry spokesperson said in comments carried by state news agency KCNA, using the official acronym for North Korea.

The official described next month’s drills as “clearly a breach” of a joint statement signed by the leaders in Singapore and hinted that Pyongyang may resume weapons tests in response.

Pyongyang’s moratorium on nuclear and long-range missile tests was a commitment aimed at improving bilateral relations and “not a legal document inscribed on a paper”, the official said.

“With the US unilaterally reneging on its commitments, we are gradually losing our justifications to follow through on the commitments we made with the US as well.”

Trump and Kim’s latest meeting took place as negotiations between Pyongyang and Washington were at a deadlock, following a rocky negotiation process brokered by Seoul after a thaw in tensions in early 2018.

During the encounter, Trump stepped into North Korean territory in the border village of Panmunjom, becoming the first US president to set foot on North Korean soil.

There are close to 30,000 US troops stationed in South Korea, and their annual drills with tens of thousands of South Korean soldiers have always infuriated the North — with Pyongyang condemning the maneuver as provocative rehearsals for invasion.

A smaller-scale version of the exercises was last held in March, with more scheduled for August.

Washington has previously insisted on North Korea’s complete denuclearization as a condition for lifting punishing US sanctions.

At the Singapore summit, the two adopted a vaguely-worded statement on “complete denuclearisation of the Korean peninsula” and agreed to “establish new US-DPRK relations”.

But failure to reach an agreement over sanctions relief and what the North was willing to give in return led to the collapse of the leaders’ second summit, which was held in February in Hanoi.

Pyongyang had taken “humanitarian measures without conditions” to implement the Singapore statement, the foreign ministry spokesperson said Tuesday, in reference to the return of the remains of US service members killed during the 1950-53 Korean War.

Tensions were raised in May, during the standstill in negotiations between Trump and Kim, when North Korea fired short-range missiles for the first time since November 2017.