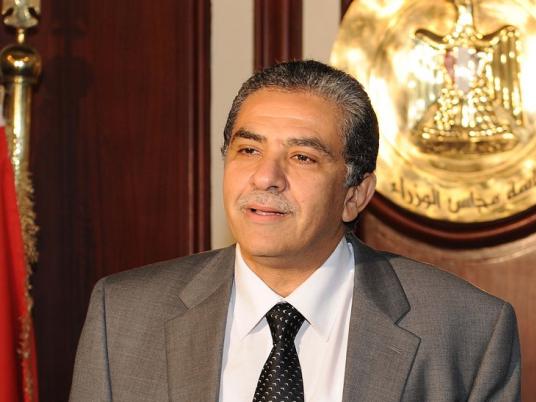 A new minister of environment was appointed last week, and according to two major environmental experts, he could be the best the country ever had.

Sixty-year-old Abdel Aal has several years of experience dealing with pollution, solid waste and protected areas management, and seems to be the best candidate to fill this position according to both Mostafa Foda — a former minister and an advisor for the Egyptian Environmental Affairs Agency — and Sherif Baha el Din, one of Egypt’s leading conservationists and founder of the NGO Nature Conservation Egypt.

“Dr Khaled Abdel Aal is the right choice for the position; his educational background is very respectable, and he has 20 years of experience in the field. I think he will do a lot for the Egyptian environment, which needs so much work,” says Foda.

After graduating in 1974 from Ain Shams University, where he pursued law studies, Abd el Aal worked in the police. During those years, he also received two degrees in Finance and Economics and in general law.

In 1977 Abdel Aal began work at the National Planning Institute, which began to focus on environmental issues after the Stockholm UN conference on the Human Environment of 1972. He was sent to Germany, where he pursued a degree in environmental economics.

In 1987, he was chosen to help shape the Egyptian Environmental Affairs Agency (EEAA). Abel Aal laid down the first plan for environmental politics in Egypt, and attracted investments for environmental purposes that brought funding to local projects. One of the most important projects he worked on was the Cairo pollution project, which aimed at reducing air pollution in the capital.

He worked at the EEAA for almost eight years, from 1995 to 2004. Foda collaborated on numerous occasions with Abd el Aal and ttests to his good planning and monitoring skills.

“He has a very good understanding of the Egyptian environment, he is also very aware of all the projects and efforts in the field,” he says.

After 2004, Abdel Aal became the vice president of the decentralization initiative for technical cooperation that was implemented by the Ministry of Local Development and financed by the US government.

“From the year 2005 to the year 2009, he intensively worked on the sustainable development of the Red Sea ‘Life’ project,” says Foda.

Finally, Abdel Aal went back to work for the EEAA where, according an article in the independent Youm7 newspaper published on 6 January, he consulted on aspects of the new Constitution that pertain to the environment, which was one of the reasons why he was chosen for the post of environment minister.

Foda also commented on what he thinks Dr. Abdel Aal could accomplish in the future: “Ecotourism and Protected Areas are some of the issues that are very dear to him, and I know he will focus on these projects the most."

According to Sherif Baha el Din, “this is the first time there is a person in this position who is actually qualified,” he says.

“I’ve known him since the early 90s, and throughout his career he has dealt with various environmental issues ranging from solid waste management, pollution, finance and economic aspects, and Protected Areas,” Baha el Din continues, stressing that during his involvement in the Red Sea project, Abdel Aal worked hard to empower residents of protected areas in the area.

On a personal level, Baha el Din stresses that the new minister knows how to deal with difficult situations, and has a very diplomatic temperament.

“Although the position of minister of state does not give you immense powers, he will be efficient at resolving issues by working with different ministries, and will probably manage to help the EEAA to be more effective,” Beha el Din says.

“Whether the conditions around him will be favorable is something we cannot be certain of, but what I’m sure of is that he is the best option as minister of environment that Egypt ever had.”