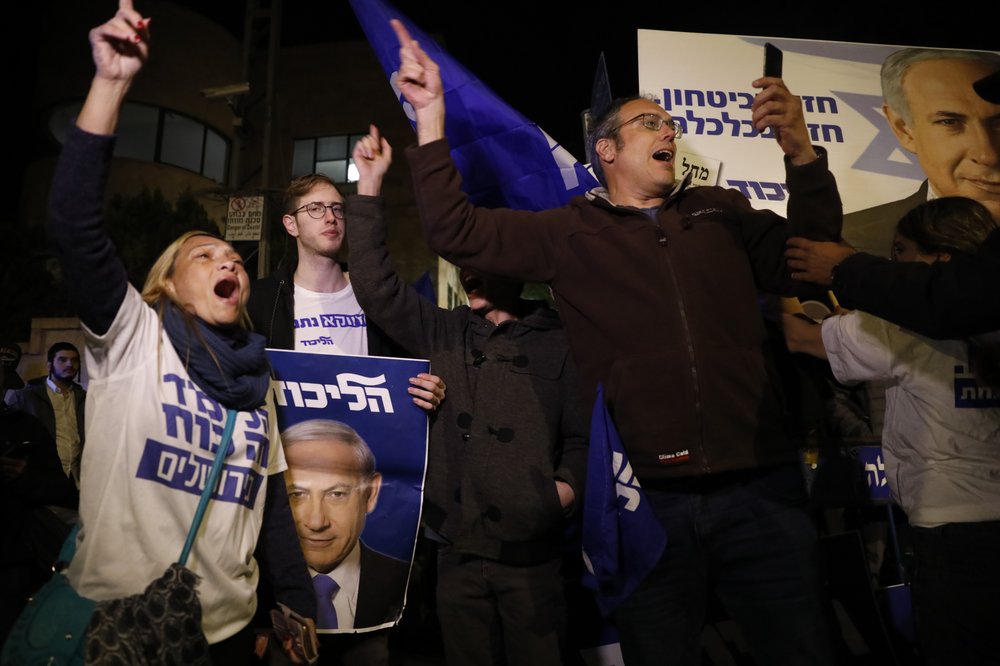 JERUSALEM (Reuters) — Israeli Prime Minister Benjamin Netanyahu said on Thursday he would not resign despite being charged with bribery, fraud and breach of trust in a corruption scandal that he denounced as an “attempted coup.”

The charges announced by Attorney General Avichai Mandelblit were the first of their kind against a serving Israeli prime minister and represented the gravest crisis in the political career of Israel’s longest-serving leader.

Netanyahu, in power continuously since 2009 and before that in the 1990s, has dominated Israeli politics for a generation, decisively turning the country to the right. He has denied wrongdoing in the three graft cases, saying he is the victim of a political witch hunt.

He is under no legal obligation to resign. But the indictment could further embolden challengers trying to dislodge him after two inconclusive elections since April, with a third election expected to be announced within weeks.

Conviction on the charges could bring a lengthy jail term. But any trial could be delayed for months by the political crisis, and Netanyahu could try to secure parliamentary immunity from prosecution.

His rejection of the charges echoed the pugnacious language of his ally, U.S. President Donald Trump.

“It is an attempted coup based on fabrications and a tainted and biased investigative process,” Netanyahu said in a televised speech. “I will continue to lead the country, according to the letter of the law, with responsibility, devotion and concern for all of our futures,” he said, standing at a podium against the backdrop of four Israeli flags in his official residence.

His main centre-left challenger in the two elections this year, Benny Gantz, tweeted in response: “There is no coup in Israel, just a bid (by Netanyahu) to hang onto power.”

The attorney general, who was appointed by Netanyahu, spelled out the indictment in his own televised statement.

“This is a difficult and sad day,” said Mandelblit. It was his duty, Mandelblit said, to ensure that no one in Israel was above the law.

Police recommended in February that Mandelblit file criminal charges against Netanyahu in the long-running investigations dubbed Cases 1000, 2000 and 4000.

Netanyahu is suspected of wrongfully accepting $264,000 worth of gifts, including champagne and cigars, from wealthy businessmen in one case. In another, he is accused of dispensing favors in return for favorable stories about him in Israel’s biggest selling newspaper, Yedioth Ahronoth.

In the most serious case, he is accused of granting regulatory favors worth about 1.8 billion shekels (about $500 million) to Israel’s leading telecoms company, Bezeq Telecom Israel, (BEZQ.TA) in return for positive coverage on a website owned by its former chairman.

Mandelblit indicted Netanyahu on charges of breach of trust and fraud in all three corruption cases, as well as bribery in the Bezeq Telecom case.

“They weren’t after the truth, they were after me,” Netanyahu said in his address, a note of emotion in what was otherwise a speech mixing anger with accusations.

“What I’m going through is not easy. I’m a human being, too. What my family is going through is unbearable. Every day, every evening, my blood and the blood of my wife and son are being spilled.”

Netanyahu failed to form a government after the election in April, and he and Gantz each fell short of securing a ruling majority in parliament after the second vote in September.

Earlier on Thursday, during one of the most unusual days in Israeli political history, the country’s president told lawmakers to name a third candidate to form a new government, a development that probably sets the stage for a third election within a year.

“These are harsh dark days in the annals of the State of Israel,” President Reuven Rivlin said as he announced that Gantz had not mustered enough support for a stable coalition.

The prolonged political stalemate comes at a tricky time for Israel and its most prominent statesman on the domestic and international fronts.

A conflict with arch-foe Iran has deepened — Israeli warplanes hit Iranian targets in Syria on Wednesday after rockets were fired toward Israel — while fighting with Palestinian militants in Gaza flared last week.

The introduction of criminal charges could further complicate the eventual rollout of a long-delayed Middle East peace plan from Trump, by imperiling the political future of one of the key players whose support is needed.

And if a new Israeli election is in the cards, Netanyahu would be running as an indicted suspect, displaying further vulnerability to an electorate that has already seen him falter at the polls.

Palestinians greeted the news with grim pleasure. Palestine Liberation Organization official Wasel Abu Youssef said that for years Netanyahu had sought to avoid this outcome by “launching wars against the Palestinian people” to boost his domestic popularity.