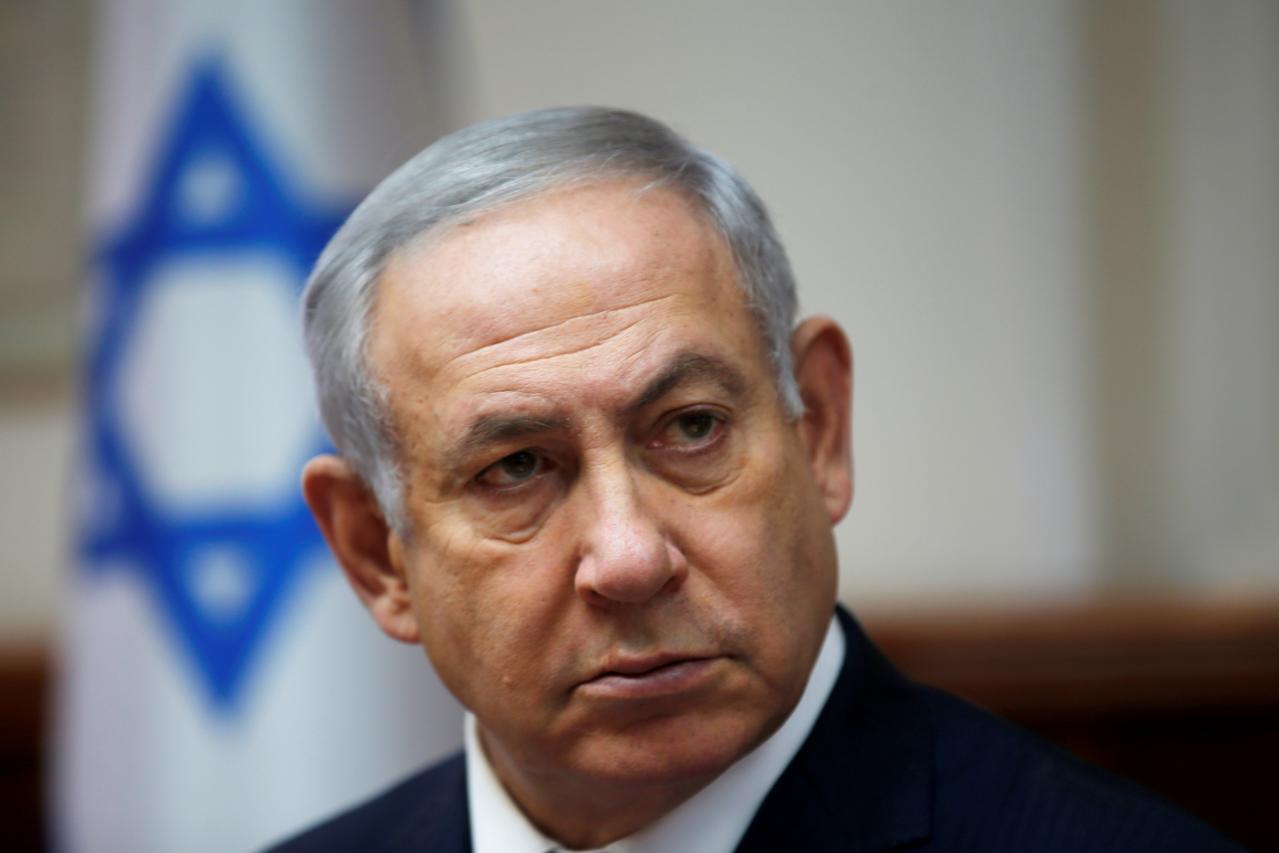 JERUSALEM (Reuters) – Israeli police on Sunday said they had found enough evidence for bribery and fraud charges to be brought against Prime Minister Benjamin Netanyahu and his wife in a third corruption case against the Israeli leader.

Authorities allege Netanyahu awarded regulatory favors to Israel’s leading telecommunications company, Bezeq Telecom Israel (BEZQ.TA) , in return for more positive coverage of him and his wife on a news website, Walla, owned by the company.

If indicted, the four-term prime minister would be facing one of the greatest challenges to his political survival. Despite his dominance of Israeli politics, the newest police recommendation comes just after his right-wing coalition’s majority was reduced to a precarious one seat in parliament.

The final decision on whether to indict rests with Israel’s attorney-general, who is still weighing whether to charge Netanyahu in the other two cases.

Those relate to allegations that Netanyahu accepted gifts from businessmen and that he tried to strike a deal with a different media mogul for better coverage in return for curbs on a competing newspaper.

Most of Netanyahu’s coalition partners have said they will wait for a decision by the attorney-general before making any decisions about how to react to the allegations.

Some analysts have said Netanyahu could call a snap vote in light of the legal proceedings against him. The next national election is not due until November 2019. But Netanyahu may want to seek a renewed mandate from the people, forcing a prosecutor to think twice before indicting him.

Netanyahu has said he wants his coalition to keep going until the end of its term, but politicians close to him say that given the coalition’s shaky razor-thin majority, an early election is likely.

At the time Elovitch was chairman and controlling shareholder of Bezeq. The authorities said there was also evidence to charge the company’s then-CEO Stella Handler with fraud.

Elovitch and Handler have denied wrongdoing. They were both arrested and detained briefly earlier this year and have resigned from Bezeq.

In their statement, the authorities said: “The main suspicion is that the prime minister took bribes and acted out of a conflict of interest by intervening and making regulatory decisions that favor Shaul Elovitch and Bezeq.” It alleged that Netanyahu sought to interfere with content of Bezeq’s Walla website “in a way that would benefit him.”

Netanyahu served as communications minister from 2015 to 2017.

The police also recommended that charges of fraud and breach of trust be brought against Netanyahu and his wife.

Shortly after the police recommendations were made public, Netanyahu issued a statement saying that the allegations had no legal basis and that ultimately nothing would come of the investigation.

“I am sure that also in this case the relevant authorities, after examining the matter, will reach the same conclusion – that there was nothing because there is nothing,” he said.