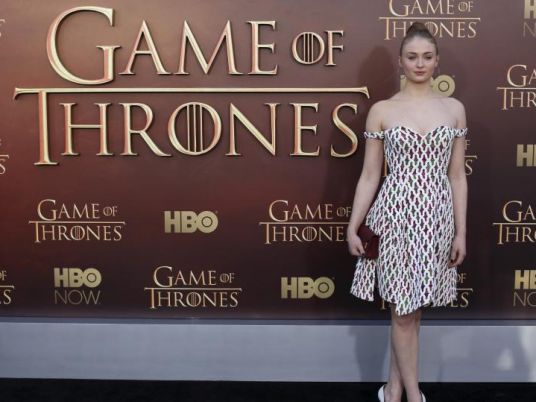 ) medieval fantasy series “Game of Thrones” led nominations for the Emmy Awards on Thursday that spanned satire to the supernatural, but streaming service Netflix (NFLX.O) knocked HBO off its 17-year pedestal as the network with the most nods.
A slew of first time Emmy contenders included Sandra Oh as the first Asian-American lead comedy actress nominee for her role in quirky spy series “Killing Eve,” and Rachel Brosnahan’s 1950s housewife turned comedian in “The Marvelous Mrs. Maisel.”

“Games of Thrones,” a worldwide hit, got 22 nods, including for the top prize of best drama series. It was followed by NBC’s CMSCA.O sketch show “Saturday Night Live” and HBO’s sci-fi series “Westworld” with 21 nominations each, and Hulu’s dystopian vision “The Handmaid’s Tale” with 20.

Just five years after the launch of its first original series, “House of Cards,” Netflix ended HBO’s 17-year streak as the most Emmy-nominated network.

HBO, which was recently acquired by wireless carrier AT&T Inc, had 108 nominations, and noted in a statement that it was the eighth year it had gathered 100 nominations or more. NBC shows earned 78 nods.

Netflix campaigned heavily for the Emmys, the highest honors in television, and says it has budgeted $8 billion for programming in 2018. nL2N1T61QO

“Stranger Things” executive producer and director Shawn Levy said the streaming service was a joy to work with.

“They follow our lead and they don’t make us live inside a box either creatively or financially, and that is almost unheard of among networks and movie studios,” Levy told Reuters on Thursday.

The Emmy awards will be handed out in Los Angeles on Sept. 17 hosted by “Saturday Night Live” cast members Michael Che and Colin Jost.

Bruce Miller, executive producer of “The Handmaid’s Tale,” acknowledged that the show’s vision of a theocracy where women are treated as property was hard to watch.

“You are basically writing a show about the way you pray that the world won’t go, and then it starts going that way.

We sit around and pray for irrelevance,” Miller told Reuters.

Other best drama contenders include “The Crown,” NBC’s family drama “This Is Us,” Cold War spy series “The Americans” on FX (FOXA.O) and “Westworld.”

“Game of Thrones” was out of the running in 2017 because the show aired later than usual.

FX’s true crime dramatization “The Assassination of Gianni Versace” led the limited series category with 18 nominations, including a best actor nod for Darren Criss who plays the killer of the gay Italian fashion designer.

Creator Ryan Murphy said it was a “heartbreaking story to tell, made more so by the fact that we continue as a culture to grapple with homophobia and shame and intolerance.”