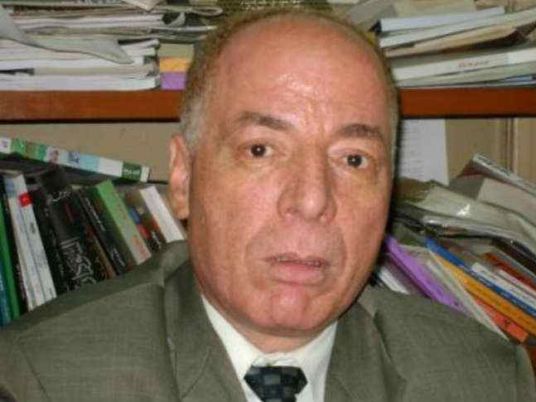 The appointment of author Helmy El-Sayed Hassan Namnam as the new Culture Minister has received mixed reactions, with some welcoming the choice while others are expressing concerns over his past problematic stances against Saudi Arabia’s Wahhabi movement, fearing his old views could disturb relations with the Gulf Kingdom and Egypt’s chief political and financial supporter.
Many Saudi journalists and activists were rattled by the appointment of Namnam as part of Sherif Ismail's new government, which was sworn in on Saturday.
“Frankly, and based on the relations between Saudi Arabia and Egypt…the latter should not have appointed a minister who persistently insulted the kingdom like Helmy Namnam,” Jamal Khashoggi, a prominent Saudi journalist close to the ruling family, said on his Twitter account.
Namnam, speaking to satellite TV channel Dream shortly after his appointment as culture minister, said he rejected what he called the “Saudi Wahhabi thought to Egypt”. He was referring to the 18th century Wahhabi movement, a school of orthodox Islamic thought founded by Mohamed bin Abdul Wahab.
“Wahhabism is a Saudi issue that concerns Saudi Arabia alone, and I am against exposing it to Egypt,” Namnam said during a phone-in with the channel.
Namnam’s literature has mostly focused on political Islam, to which he is best known as a fervent opponent.
He was quoted, following the ouster of Egypt’s former Islamist president Mohamed Morsi, as saying that “political Islam should get out of the (political) game”.
On another occasion, Namnam said, “Egypt is secular by nature, and whoever says it is innately religious is a liar.”
His remarks prompted students at Helwan University to boo him out of a seminar in 2013.
Edited translation from Al-Masry al-Youm