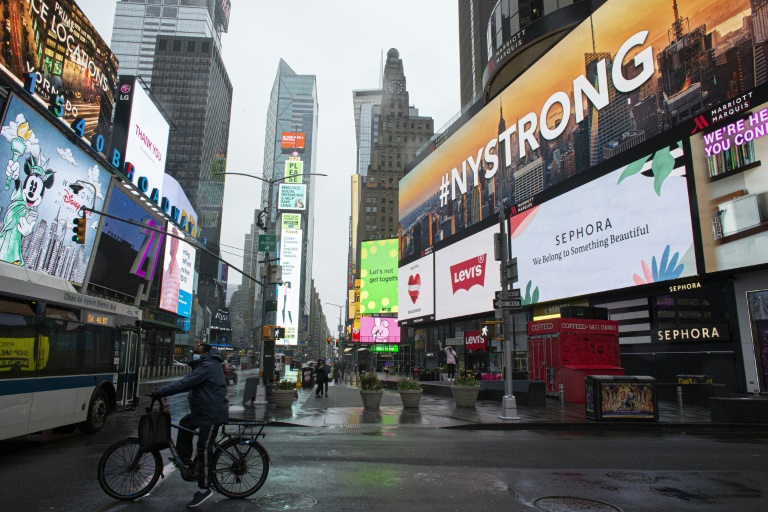 New York, which has ground to a halt to stop the coronavirus pandemic, may start reopening manufacturing and construction after May 15, Governor Andrew Cuomo said Sunday.

Cuomo, however, said that any easing of measures would take place first in the north of the state and not in the New York City metropolitan region, by far the hardest-hit area in the United States.

“The regions that would be more likely able to open sooner would be the upstate regions,” Cuomo told reporters. “Downstate New York is going to be more complicated.”

He said that any potential reopening of New York City, the country’s most populous city, could need to be coordinated with authorities in the adjacent states of New Jersey and Connecticut.

A lockdown of New York ordered by Cuomo is set to expire on May 15. Under a plan for reopening, the first sectors would be construction and manufacturing.

Cuomo said the state was operating with a caveat — “don’t do anything that’s going to bring people in from all across the board.”

Cuomo has called for a two-week delay before the next stage of reopenings, which would include most offices, to ensure that the first phase does not trigger a resurgence of the virus.

The governor stressed that any final decision would be conditioned on a downturn in COVID-19 hospitalizations between now and May 15.

The state on Sunday reported 367 fatalities in the previous 24 hours, the lowest number since March 30 when 332 people died.

COVID-19 has now killed 16,966 people in New York state, accounting for around a third of the deaths in the United States.

To reopen, businesses will need to present New York authorities with plans that show they are ensuring sanitation to reduce the risk of virus transmission.

Cuomo said that no full-scale return to normal could come until the reopening of schools, which would allow parents to work outside of home.

New York state has not made a decision on reopening the education system, although Mayor Bill de Blasio has said that he considers the rest of the school year cancelled in the city.

Cuomo said that some school districts were studying whether to hold summer sessions to make up for lost time.

Image: Agence France-Presse/AFP / Kena Betancur A lockdown of New York ordered by Governor Andrew Cuomo is set to expire on May 15

From 9-11 to a pandemic, New Yorkers once again put to the test