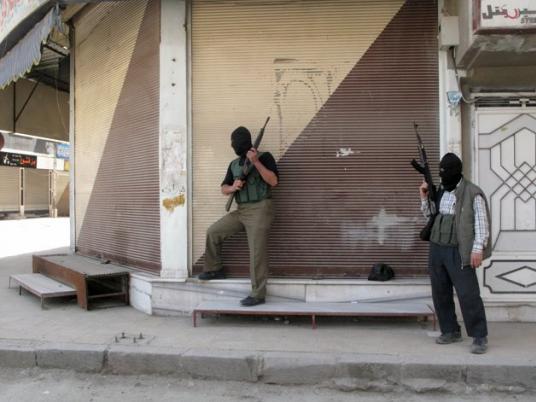 More than 13,000 people have been killed in Syria since an anti-regime revolt broke out in March 2011, Rami Abdel Rahman of the Syrian Observatory for Human Rights told AFP on Sunday.

Another 3,072 were regime troops and 749 were army defectors, he added, noting that civilians who had taken up arms during the increasingly militarized revolt were being counted under the category of "civilians."

The violence has been relentless despite a 12 April ceasefire brokered by UN-Arab League peace envoy Kofi Annan.

"Since the ceasefire came into effect, 1,881 people have been killed," said Abdel Rahman, referring to clashes between rebels and regime troops, repression by government forces and bomb attacks.

The Observatory's latest figures were published a day after at least 92 people, a third of them children, were killed in Houla, a town in the flashpoint central province of Homs.

Abdel Rahman said the international community had to "react" to the burgeoning violence and said the UN observer mission deployed under Annan's peace plan had arrived too late at Houla despite being warned of the violence.

"Why didn't the UN observers go to the site as soon as the attack was announced?" he asked. "If the world does not react after the Houla massacre, that would be a catastrophe."