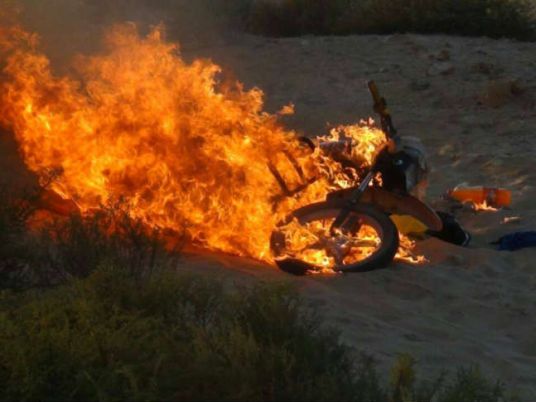 Twenty-one Arab human rights NGOs have sent an official letter to Arab leaders condemning the unilateral use of security and military solutions for dealing with terrorism, leading to unprecedented human rights abuses and proving its failure regionally and internationally, particularly after September 11, 2001.
The letter, entitled “ISIS is the offspring of repressive policies and practices as well as the prevailing religious discourse in the Arab World”, explains that the security solutions that produced the terrorist group that calls itself the Islamic State because the Arab countries were completely ignorant to the deep political and religious roots of this phenomenon.
The letter comes on the sidelines of the two-day 26th Arab summit that will be hosted where Egypt’s Economic Development Conference (EEDC) was recently held in Sharm El-Sheikh on March 28-29. The summit is expected to seek joint solutions to confront terrorism in the Middle East.
The NGOs argued Arab leaders must admit this setback, especially as some of them are not only following the same policies, but are also completely convinced themselves and persuading the citizens that security solutions alone are the best alternative to avoid the fate of Syria and Iraq.
“Over the past several decades, the Iraqi and Syrian regimes have paved the way for the emergence of IS by many brutal actions,” the letter said. “This includes wiping out Kurdish civilians with chemical weapons and bombing the Shiaas in Iraq and Sunni civilians in Hama in Syria.”
Finally, the organizations called on the Arab countries to amend the Arab Convention on Combating Terrorism as considering it “a grave threat” to human rights and marks a massive failure in combating terrorism in the Arab world.
The 21 NGO include the Cairo Institute for Human Rights Studies, the Tunisian Association Vigilance, the Bahrain Youth Society for Human Rights, the Saudi Arabian Human Rights First, the Yemni Human Rights Training and Information Center, the Libyan Network for Human Rights Defenders and the Moroccan Human Rights Forum.