SAADA, Yemen, Jan 21 (Reuters) – Three children and more than 60 adults are reported to have been killed in air strikes in Yemen on Friday, Save the Children said, after a Reuters witness said several people including African migrants were killed in a raid in Saada province.

Rescue workers were still pulling bodies out of the rubble around midday following the dawn strike on the temporary detention centre in Saada in north Yemen, but it was not immediately clear how many people had been killed.

A Saudi-led military coalition has intensified air strikes on what it says are Houthi military targets after the Iran-aligned movement conducted an unprecedented assault on coalition member the United Arab Emirates on Monday and further cross-border missile and drones launches at Saudi cities.

A statement from Save the Children said three children and more than 60 adults were killed in air strikes in Yemen on Friday. It gave no further details. read more

Houthi-run Al Masirah television channel said tens of people had been killed and injured in the strike in Saada. It showed footage of men trying to clear rubble using their hands to reach those trapped and of wounded at al-Jamhuri hospital.

Despite Yemen’s war, migrants from the Horn of Africa still go there en route to Saudi Arabia or wealthy Gulf states.

Yemen was experiencing a nationwide Internet outage on Friday with the exception of the southern city of Aden. Houthi media blamed it on a coalition strike on a telecommunications facility in the western province of Hodeidah. Reuters could not immediately confirm the cause of the outage.

The conflict, in which the coalition intervened in March 2015 after the Houthis ousted the internationally recognized government from Sanaa, has killed tens of thousands of people, displaced millions and pushed Yemen to the verge of famine.

United Nations envoy for Yemen, Hans Grundberg, on Friday voiced grave concern over the military escalation and called on both sides to “exercise maximum restraint”. 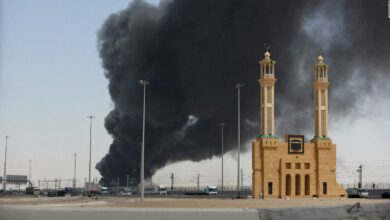 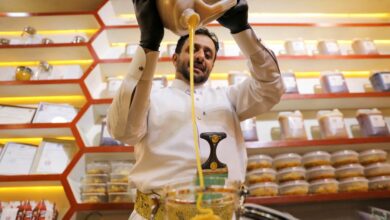