Based on the poetic Egyptian novel Asafeer el-Neel (Birds of the Nile, Al Adab 1999) by Ibrahim Aslan, Magdy Ahmed Ali’s latest film of the same name is due for release on 21 April. The film delves deep into the world of a middle class rural Egyptian family over a period of almost forty years.

Thanks to a LE4 million grant from the Ministry of Culture, Ali was able to produce his fifth film at a difficult time, when productions in this particular cinematic genre remain quite few. It is becoming widely accepted that producers of Egyptian cinema are facing a crisis due to the withdrawal of Arab capital from the production cycle, which will have the effect of drastically decreasing the level of annual production.

Serious filmmakers concerned with social and political issues will suffer an extra burden because of an increasing trend in favor of feel-good and easy-consumption movies in the Egyptian market.

Asafeer el-Neel belongs to a series of films by Ali which tell the stories of lower and middle class Egyptians struggling to seize moments of happiness despite the hardship they go through.

In Ya Donia Ya Gharami (My Life, My Love, 1995 ), Asrar el-Banaat ( A Girl’s Secret, 2001), and Khaltet Fawzeya (Fawzeya’s Secret Recipe, 2008), Ali traces the details of his female characters’ lives with true enthusiasm and support for their dignified quest. In Asafeer el-Neel he focuses on Abdel Rahim (played by Fathi Abdel Wahab), who characterizes, along with his family, the middle class, gradually retreating from the limelight to the margins.

An older sister, her husband and sons, and the younger brother, who thrives on his glamorous adventures with Cairo’s women, play out a narrative imbued with social and political references. The script, written by Ali and preserving Aslan’s dialogue, embraces the everyday of the family while sensitively portraying the social reality which is unremittingly transforming itself around its members.
The love story between Abdel Rehim and Bassima (played by Abir Sabry), one of the main story-lines, takes place at the beginning of the film. The lovers split, and then meet after a relatively long time, as two patients in the same hospital. Between their meeting and separation, incidents and other love stories in the life of Abdel Rehim make up the plot of the film.

The pessimistic tones of Ali’s film, as well as technical and artistic problems, have drawn criticism. During its screening at the Cairo International Film Festival 2009, many critics had reservations about the film and commented on obvious script and make-up defects.

“Being so honest in his adherence to the novel negatively influenced the cinematic vision,” said cinema critic Tarek el-Shenawi. El-Shenawi referred also to the use of numerous flashbacks that interrupt the smoothness of the script.

The film was also heavily criticized for the boldness of its sex scenes, and Muscat Cinema Festival was initially reluctant to accept the film in its sixth cycle. Ali objected to the moralistic evaluation of his artistic work and accused the festival administration of approaching art with non-artistic tools of judgment. After an apology to Ali, however, the film was accepted and awarded the ‘golden dagger’ prize as well as US$3000.

“My journey with Aslan’s novel was extremely pleasant. I believe that the text has a great ability to inspire with images and visions. Aslan’s works are open to multiple interpretations, and this is how I read it,” Ali explained.

The film witnesses the comeback of Abir Sabry, an actress who has removed her veil in a decision to resume her acting career. Ali also gave an opportunity to several new faces in Egyptian cinema, such as Ahmed Magdi, Mona Hussein, Maha Sabry and Moshira Ahmed.

Asafeer el-Neel is a challenging artistic experience for viewers who enjoy films based on literary works. Its different rhythms and segmentations may prove difficult for some, and many critics agree that turning the novel to a film was not an easy mission at all.

The film has also received criticism due to the injection of Ali’s personal political views, which some say distort the simple and harmonic nuances of the original story written by Aslan.

“After watching his latest, I still see Ali’s first film Ya Donia Ya Gharami as his best”, said el-Shenawi. 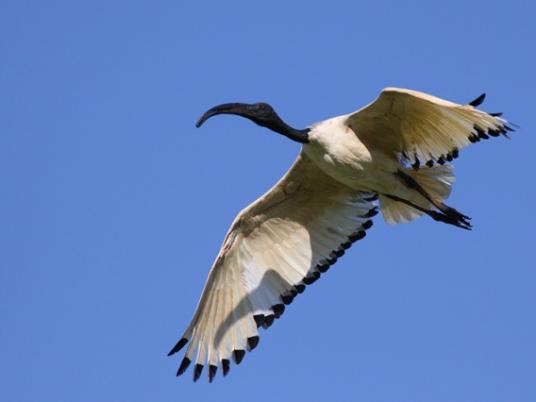