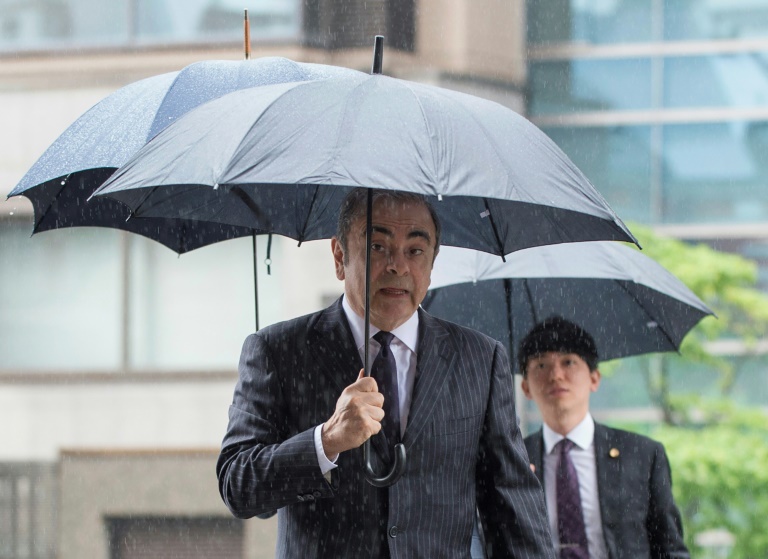 Nissan should be fined $22 million for filing documents that under-reported the compensation of former chief Carlos Ghosn, Japanese regulators recommended Tuesday, with troubled the firm saying it would not dispute the penalty.

The Securities and Exchange Commission (SESC) made the recommendation as Ghosn, who was arrested in November last year, awaits trial in Tokyo on four charges of financial misconduct.

Among the allegations against him are claims that he under-reported his compensation from 2010 to 2018, deferring some of his pay and failing to declare it to shareholders.

Ghosn denies all the charges against him and has argued there was no final agreement on any deferred payments.

In a statement issued Tuesday, the SESC said it had “examined the false descriptions in securities reports and other documents at Nissan Motors and as a result, a legislative violation was recognized”.

“Therefore we advise the prime minister and the Financial Services Agency chief to issue an order that fines be paid,” the body said.

The fine of 2.4 billion yen covers under-reporting between financial years 2014 and 2017, the commission said.

In a statement, Nissan said it took the recommendation “extremely seriously” and would “consider its response” after receiving a formal notice from the Financial Services Agency.

“In the absence of any special circumstances or other reasons, the company intends not to dispute the alleged facts and the amount of the administrative monetary penalty,” Nissan said.

The automaker has struggled to right itself after the shock arrest of Ghosn last year, recently replacing its CEO and slashing full-year forecasts for both sales and profits.

No date has yet been set for Ghosn’s trial, though reports suggest proceedings could begin in April on the charges of under-reporting his compensation and using company funds for personal expenses.

One year after arrest, Ghosn seeks to throw out case against him

Crisis-hit Nissan CEO set to resign as board meets