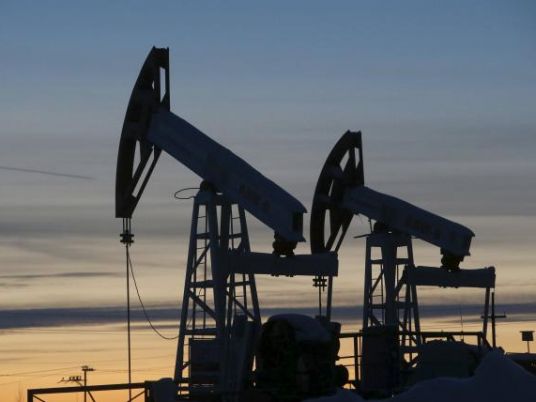 Oil industry hopes that markets are about return to balance, ending a global glut that pulled down prices by over 70 percent between 2014 and early 2016, might be abruptly dashed.

Despite recent disruptions and output cuts, there is mounting evidence that plentiful supplies and brimming inventories will delay a much-quoted rebalancing of oil markets.

"The market needs to stop worrying about this balance and concentrate on the now," said Matt Stanley, a fuel broker at Freight Investor Services in Dubai.

"We rallied on the back of supply outages, wildfires and seemingly increased demand. Well, Shell have lifted force majeure at (Nigeria's) Bonny … the wildfires are out and Canada is close to full production, and (U.S.) gasoline demand is at 15-month lows," he added.

Not just are supplies improving, now demand may be waning.

With the United States and Europe stagnating, Asia has been the main pillar of oil demand growth. But that too is now stuttering, with tanker flows into the region down for four straight months, Thomson Reuters Eikon data shows.

One indicator of a continuing glut is the shape of the forward crude oil futures curve, which has been in contango for much of this year, meaning that oil for sale at a later date is more expensive than that for immediate delivery.

This makes it attractive for traders to store oil for sale later and is seen as a key sign of oversupply.

In fact, so much oil is now stored that the world is running out of space, forcing traders to charter supertankers in which to keep unsold fuel.

There is so much oil in storage that it could take well into 2018 for the glut to clear.

"There are still excess stocks on the market – hundreds of millions of barrels of surplus oil. It will take a long time to reduce this inventory overhang," Saudi Energy Minister Khalid al-Falih told a German newspaper.

While headline figures such as Chinese car sales and gross domestic growth (GDP) remain strong, both have slumped most of this year. China's new passenger vehicle sales, while still huge at over 2 million per month, have fallen by a quarter since reaching their December peak.

Counting on a continuing boom, China's oil refiners are producing so much fuel that even its huge domestic market can't cope, resulting in a surge of Chinese fuel exports into an already glutted Asian market.

Furthermore, China's program to build up strategic petroleum reserves (SPR), a strong source of crude demand over the past years, may slow sharply or even halt soon, as its available storage facilities are full or close to capacity.

The impact on oil consumption of Britain's vote to leave the European Union is likely to delay the supply/demand rebalancing further, probably by six months.

India not the new China

"It doesn't look as though we'll put much of a dent in global (oil) inventories until the second half of 2017," said Tim Evans, energy futures specialist at Citigroup in New York.

"The market is making considerable progress relative to the surplus of the past two years, but it's going to take more time to bring inventories back down to more normal levels," he added.

Many in the oil industry hope India will pick up the baton from China and act as the global driver for oil demand growth.

Yet such hopes are premature as India remains, for the time being, too poor to get anywhere near China's fuel consumption.

While its demand may now be growing faster than China's, its outright consumption remains far lower, as seen in vehicle sales.

India sells some 16 million motor bikes per year, similar to China. Yet in China, some 2 million new passenger vehicles hit the road every single month (25 million in 2015), up from around one million just five years ago.

Meanwhile, Asia's two most developed major economies, Japan and South Korea, are grappling with a steady and likely terminal decline in oil demand.

Some pin their hopes on Southeast Asia, where large emerging markets such as the Philippines, Vietnam, Thailand and Indonesia have huge potential. But like India, the region still lags China in terms of development for it to act as a substitute.

In short, the sort of fuel demand growth seen in Asia over the past decade may be a thing of the past.

While few expect the region's demand to fall outright, many say the oil industry needs to adjust to a future of lower Asian growth just like the coal and steel industry has had to.