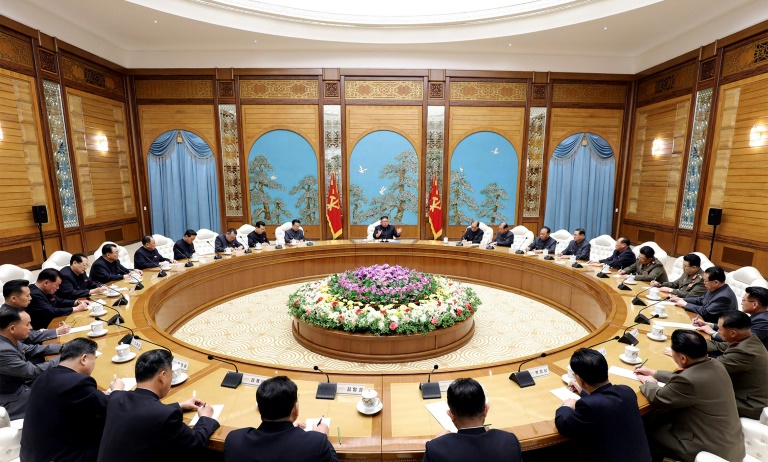 North Korea called for stronger measures against the rapidly spreading coronavirus pandemic at a meeting presided by leader Kim Jong Un, state media reported Sunday, without acknowledging whether the country had reported any infections.

The already isolated, nuclear-armed North quickly shut down its borders after the virus was first detected in neighboring China in January, and imposed strict containment measures.

Officials in Pyongyang and its state media have repeatedly insisted that the North remains totally free of the virus, but Sunday’s report did not make that assertion.

The coronavirus epidemic — which has infected more than 1.7 million worldwide — had become “a great disaster threatening the whole mankind, regardless of borders and continents”, the Korean Central News Agency (KCNA) reported.

“Such environment can become a condition creating some obstacles to our struggle and progress,” it said, adding Pyongyang maintained “very stable anti-epidemic situation”.

The meeting of the Political Bureau of the Central Committee of the ruling Workers’ Party of Korea on Saturday discussed changing policy tasks in the wake of the epidemic, KCNA reported, as officials called for strict and thorough check of the infiltration of the virus.

A joint resolution was adopted “on more thoroughly taking national measures for protecting the life and safety of our people to cope with the worldwide epidemic disease”, it added.

Photos carried by the official Rodong Sinmun newspaper showed none of the officials — including Kim — wearing masks and sitting close to each other side by side around a round table.

Experts have said North Korea is particularly vulnerable to the virus because of its weak healthcare system, and defectors have accused Pyongyang of covering up an outbreak.

As part of its anti-virus efforts North Korea put thousands of its own people and hundreds of foreigners — including diplomats — into isolation and mounted disinfection drives.

The World Health Organization said 709 people — 11 foreigners and 698 nationals — have been tested for the virus as of April 2, while more than 24,800 people have been released from quarantine.

Nearly every other country has reported coronavirus cases. Aside from China, South Korea endured one of the worst early outbreaks of the virus.

Recorded cases of infection across 193 countries now exceed one 1.7 million, including more than 108,000 deaths, according to an AFP tally Sunday based on official country data and WHO figures.

Image: KCNA VIA KNS/AFP / STR Experts have said North Korea is particularly vulnerable to the virus because of its weak health care system