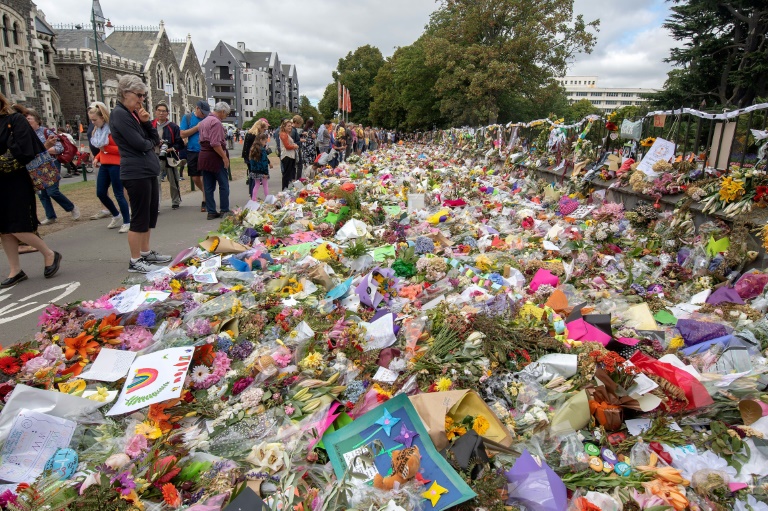 New Zealand will hold a national remembrance service for victims of the Christchurch massacre on March 29, the government announced on Sunday, as the country grieves over a tragedy that shocked the world.

The service will take place in Christchurch at 10 am (2100 GMT) local time, two weeks after an Australian white supremacist gunned down 50 Muslims and wounded dozens of others during Friday prayers at two mosques in the city on March 15.

“The national remembrance service provides an opportunity for Cantabrians (Christchurch-area residents), New Zealanders and people all around the world to come together as one to honor the victims of the terrorist attack,” Prime Minister Jacinda Ardern said in a statement.

Brenton Tarrant, a 28-year-old motivated by the white extremist belief that Muslims were “invading” Western countries, was arrested within minutes of the massacre and has been charged with murder.

The slaughter, which he cold-bloodedly live-streamed, has rocked the normally laid-back country of 4.5 million.

“In the week since the unprecedented terror attack there has been an outpouring of grief and love in our country,” Ardern said.

“The service will be a chance to once again show that New Zealanders are compassionate, inclusive and diverse, and that we will protect those values.”

The service will be held at Hagley Park in Christchurch, located across the street from the Al-Noor Mosque where the killing spree began.

Most victims were gunned down at al-Noor before Tarrant killed seven more at the smaller Linwood Mosque several kilometers (miles) away.

Police subsequently took over the mosques for investigations and security reasons, but handed them back to the Muslim community on Saturday.

The faithful were allowed back into al-Noor shortly afterwards, and on Sunday Linwood re-opened after both sites underwent hasty work to repair bullet holes and clean bloodstains.

Present for Linwood’s re-opening was Afghan refugee Abdul Aziz, who was hailed as a hero after he chased Tarrant away from the mosque wielding only a hand-held credit card machine, likely preventing further bloodshed.

“When I passed through (the door) I got this pressure in my head,” Aziz, a 48-year-old father of four, said as he joined the mosque’s imam, Alabi Lateef Zirullah, in reclaiming the house of worship.

“It brings all the memories back. But we have to move on. It takes time to heal, but we have to be strong,” he said.

“If I didn’t face him (the shooter) I would have been killed anyway. My life was not more important than the 80 or 100 people inside the mosque.”

New Zealand came to a standstill on Friday to mark one week since the bloodshed, with the Muslim call to prayer broadcast across the country from a ceremony at Hagley Park followed by two minutes of silence.

Ardern on Thursday moved swiftly to ban the military-style rifles used in the assault, with immediate effect.

The government has picked up the tab for the burials, which were conducted over the past week, and Ardern has said it will bear costs of relocating shattered families out of New Zealand if they wish.

More than NZ$10.8 million ($7.4 million) in public donations to families had been received as of Sunday morning, according to the fund-raising websites GiveaLittle.co.nz and LaunchGood.com, a global crowdfunding platform focused on Muslims.

Broken-hearted but not broken: New Zealand prays together

Father and son who fled Syria are buried in New Zealand