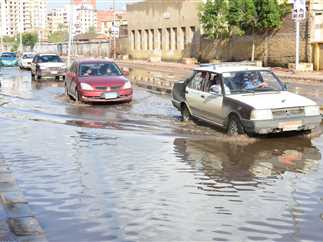 One person was killed and another injured in Daqahliya due to rain and bad weather that has been hitting the governorate since Sunday evening.

The governorate’s task force received notification of a tree that fell on a tuk-tuk while it was traveling on Shaza-Talbana Road in Mansoura due to the heavy rain and wind, causing the death of Abdallah Saad Abdel Mutalib, 38, who died on his way to the hospital.

Meanwhile, Mohamed Samir al-Saadany, 49, was injured and taken to the hospital for treatment.

Daqahliya was has been hit by torrential rains and winds since Sunday evening, causing the suspension of fishing at al-Manzala Lake.

The rain also caused the flooding of Daqahliya cities and villages, leading to power outages in some areas.

Daqahliya Governor Gad Sharobim instructed mayors to coordinate with the Drinking Water and Sanitation Company to dispose of excess water on streets and find solutions to address the sewage and drainage problems.