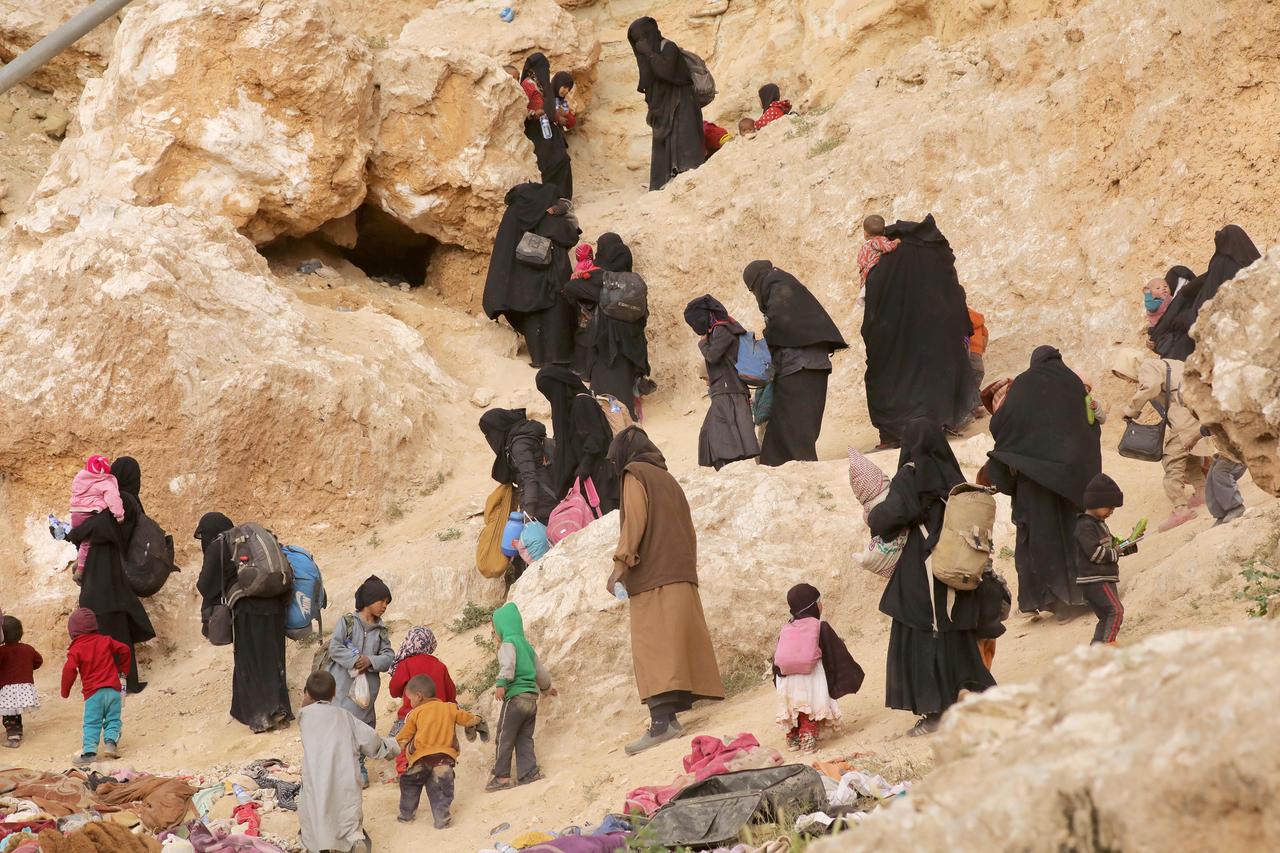 BAGHOUZ, Syria (Reuters) – The US-backed Syrian Democratic Forces (SDF) said on Sunday over 60,000 people, mostly civilians, had flooded out of the Islamic State militant group’s last enclave in eastern Syria since a final assault to capture it began over two months ago.

SDF spokesman Kino Gabriel told journalists that 29,600 people, the majority of whom were families of fighters of the group, had surrendered since the US-backed forces led by the Kurdish YPG laid siege to the town of Baghouz and its hinterland on the Euphrates River.

Another 34,000 civilians were evacuated from Baghouz, the last shred of territory held by the jihadists who have been driven from roughly one third of Iraq and Syria over the past four years, Gabriel said.

The SDF said another 520 militants were captured during special operations conducted in the last militant bastion that comprises a group of villages surrounded by farmland where IS fighters and followers retreated as their “caliphate” was driven from once vast territories.

Former residents say hundreds of civilians have been killed in months of heavy aerial bombing by the US led coalition that have leveled to the ground many of the hamlets in area along the border with Iraq.

The SDF has mostly transferred the tens of thousands who have fled Islamic State’s shrinking territory in recent months to a camp at al-Hol in the northeast.

The United Nations says the camp now holds around 67,000 people, 90 percent of them women and children – well beyond its capacity. Camp workers say they do not have enough tents, food or medicine. They have warned of diseases spreading.