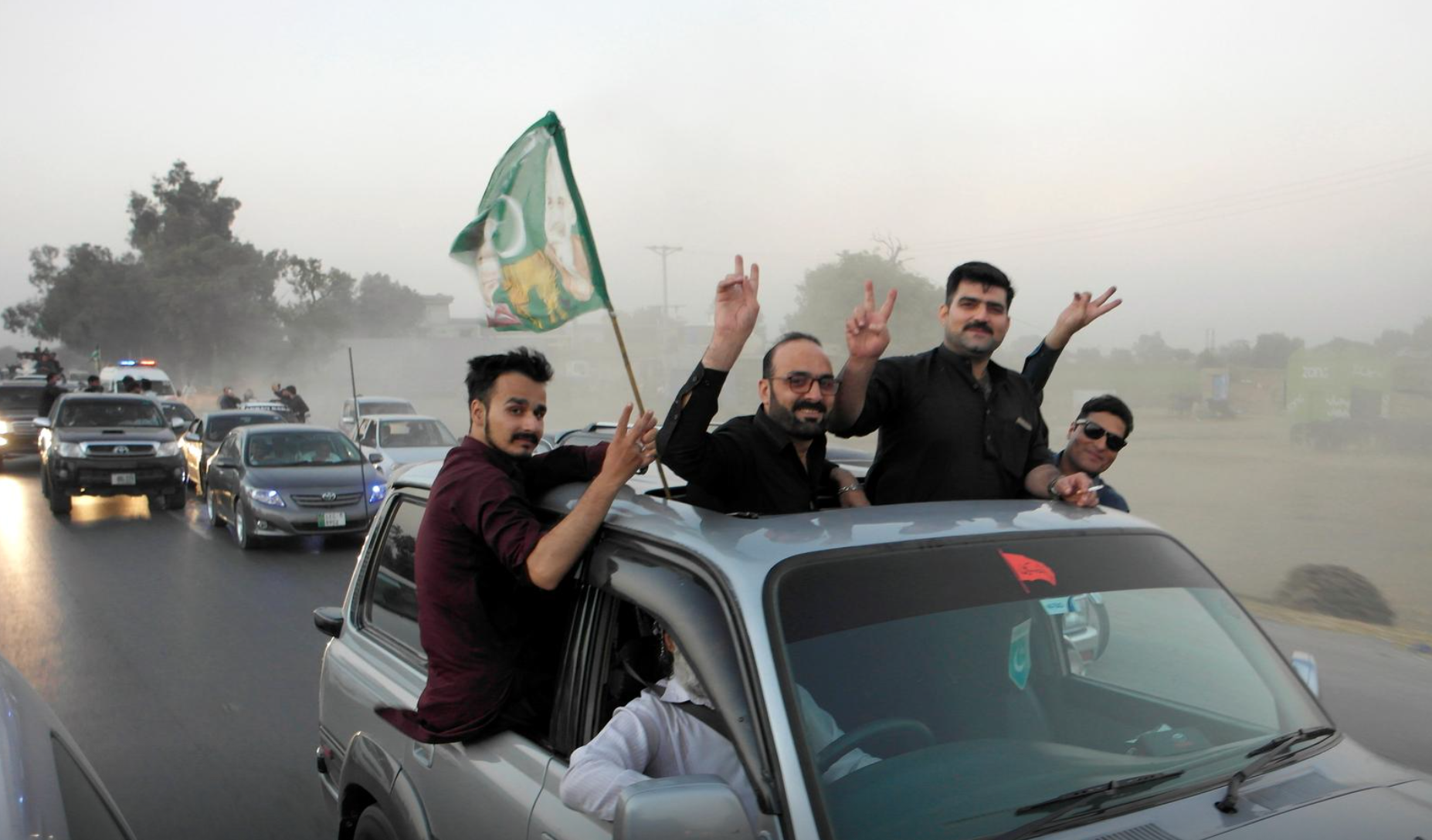 LAHORE, Pakistan (Reuters) – Supporters of Pakistan opposition parties were converging on a stadium in the city of Gujwanwala on Friday to begin a countrywide protest campaign to oust Prime Minister Imran Khan, who they accuse of being installed by the military in a rigged 2018 election.

Khan, who came to power on an anti-graft platform and denies the army helped him win, said on Friday he wasn’t afraid of the opposition’s campaign, which was aimed at blackmailing him to drop corruption cases against their leaders.

“We have come out for the supremacy of the law,” said Maryam Nawaz, the daughter and political heir of former Prime Minister Nawaz Sharif, speaking from atop an SUV that was showered with rose petals as she left for Gujwanwala from nearby Lahore.

“Our struggle is against injustice, unemployment and all-time price hikes.”

Sharif, a long-standing critic of the military, was sacked by the Supreme Court in 2017 on corruption charges and left for London last November for medical treatment. He blames generals and judges for what he says were trumped up charges.

The protest campaign comes at a time when Pakistan is experiencing an economic crisis, with inflation touching double digits and negative growth. The next general election is scheduled for 2023.

“Go Imran go. Your time is up!” shouted tens of thousands of the opposition supporters gathered at the Gujwanwala stadium hours before the leaders arrived.

“The time has come for the puppet government to go,” said Bhutto.

Thai PM vows to stay on as protesters defy his ban