Azzam al-Ahmed, a member of the Fatah party’s central committee, stated that the Palestinian Authority rejects the Egyptian government’s meetings this week with the Hamas delegation from the Gaza Strip.

Hamas, which controls the Gaza Strip, is widely considered the Palestinian counterpart of Brotherhood group in Egypt. Cairo is currently mediating reconciliation between Hamas and Fatah, the ruling party of the Palestinian Authority that governs the West Bank, but no progress has been reached on the issue.

"We have already warned everyone that in Palestine only one legitimate authority exists —  one president, and one cabinet headed by Salam Fayyad,” Ahmed continued in an exclusive telephone interview with Al-Masry Al-Youm.

"It is … unacceptable to deal with [Hamas] as representative of Palestine or the Palestinian cabinet," Ahmed added.

Ahmed said he hopes the relation between the Brotherhood and Hamas will be distinguished from ties between Egypt and Palestine. 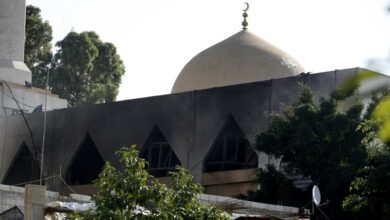