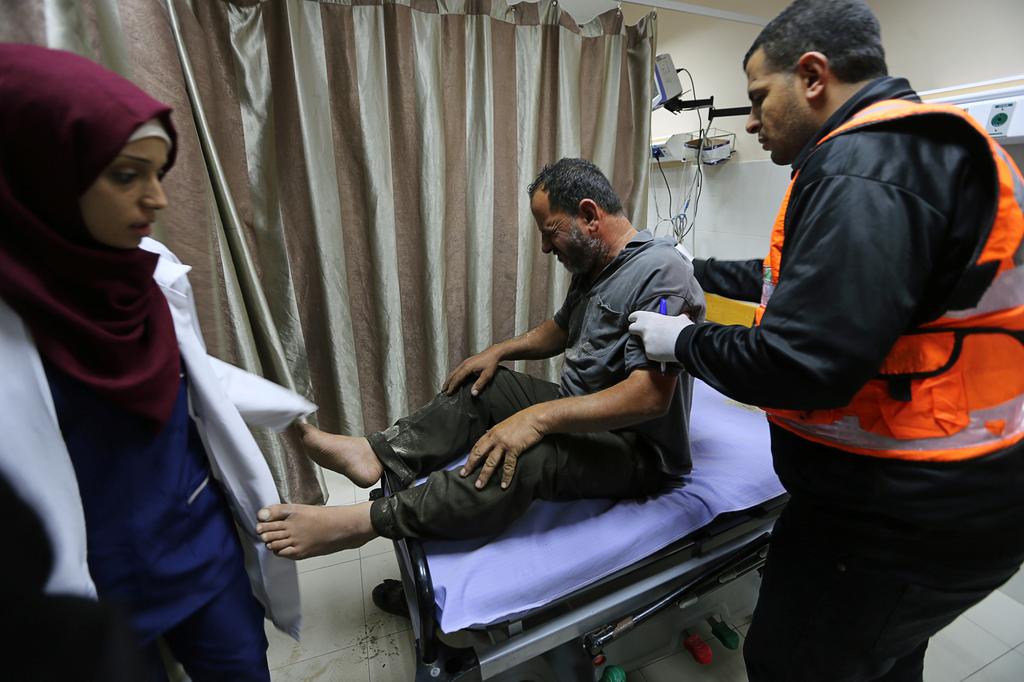 GAZA/JERUSALEM (Reuters) – Palestinian militants fired a barrage of rockets at Israel and the Israeli military responded with a wave of pre-dawn air strikes in Gaza killing one man on Saturday, Palestinian and Israeli officials said.

Gaza health officials said the 27-year-old killed was among three men wounded in an air strike on a militant training camp and that he had died in hospital. It was not immediately clear whether he was a civilian or a gunman.

The Israeli military said that Palestinians fired 10 rockets from Gaza into Israel late on Friday, eight of which were intercepted. Police said one projectile had hit a house in a town near the border, causing damage but not casualties.

In response, the military said, a series of Israeli strikes targeted sites belonging to Hamas, the Islamist militant group which rules Gaza.

None of the armed groups in Gaza claimed responsibility for firing the rockets. The Israeli military said Hamas was ultimately responsible for the attack.

Israel and Hamas have fought three wars over the past decade and cross-border tensions are high and such flare-ups are not rare.

Israel pulled its troops and settlers from the narrow coastal strip in 2005 but keeps the enclave under a blockade, citing security concerns. About 2 million Palestinians live in Gaza.