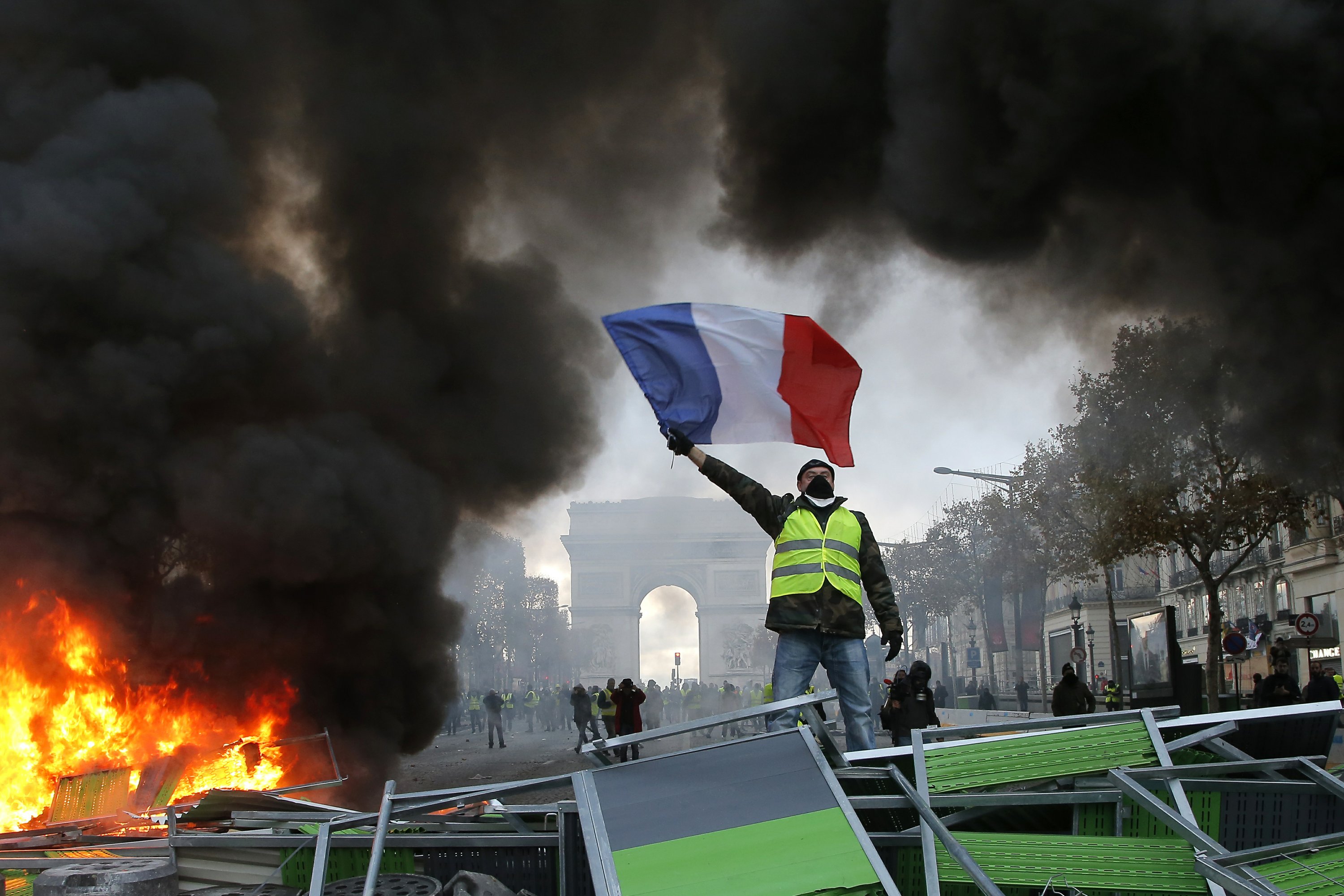 PARIS (AP) — Drastic security measures will put a lockdown on downtown Paris on Saturday as French authorities try to prevent another outbreak of violence during anti-government protests.

In addition to the 8,000 police forces that will be deployed in the French capital city, the Paris police prefect has identified 14 high-risk sectors that will be cleared out.

Fearing protesters could target street furniture or construction sites, Paris police will remove all the glass containers, railings and building machines set up in the identified sectors which include the Champs-Elysees avenue.

Across the country some 89,000 police will be mobilized, up from 65,000 last weekend, when more than 130 people were injured and over 400 were arrested in the worst street violence seen in the country in decades.