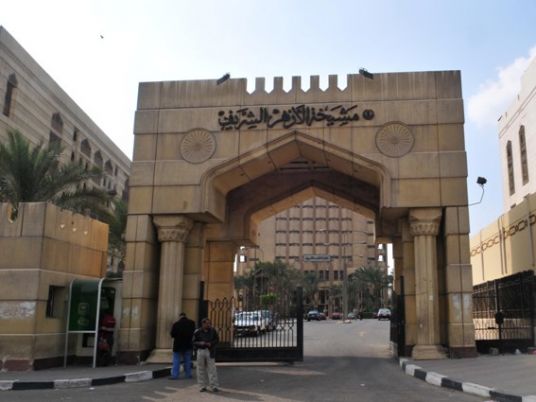 Directly following its release, the suggested draft law has been met with massive criticism and raised controversy as it includes articles that authorize opening investigations into al-Azhar's Grand Imam — whose position is considered holy among Egyptians — in addition to determining the duration of his mandate to be only six years.

Moreover, the draft law includes a controversial article that stipulates the necessity of separating al-Azhar University from al-Azhar's chiefdom; some prominent clerics and politicians consider these articles to have the potential to diminish al-Azhar's sovereignty and holiness.

On the details of the procedure to activate the suggested draft law, MP Abu Hamed told Egypt Independent on Thursday that the bill has so far received approval from 160 MPs, as a preliminary step to being discussed in a general session at Parliament.

He added that the draft law will not diminish the holiness and independence of al-Azhar, noting that the article discussing the referral of al-Azhar's Grand Imam to investigation is similar to those applied to other holy institutions around the world, such as the Vatican.

"The article stipulating the referral of al-Azhar's Grand Imam to investigation is considered humiliation to the billion Muslims around the world," Abdel Moneim told Egypt Independent on Thursday.

Abdel Moneim noted that the main goal of this draft law is to open the door for the syllabi to be expanded to include different ideologies and for other Islamic sects to be enrolled at al-Azhar institution, such as Shi'a Muslims who use a "completely different brand of Islam".

On the constitutionality and legality of the draft law, MP Abu Hamed asserted that he had consulted high-ranking legal and constitutional experts before writing the first draft of the law, stressing that the law is consistent with Egypt's 2014 Constitution.

However, the al-Azhar spokesperson said the presence of Article 7, which would allow the Grand Imam to be expelled, contradicts the 2014 Constitution.

"The draft law is doomed to fail as I believe that there are [enough] sane MPs in the Parliament who will refuse this bill which is considered a clear attack against al-Azhar," Abdel Moneim concluded.

Articles mentioned in the suggested draft law stipulate that if the Grand Imam violates his duties, he should then be referred to an interrogation committee consisting of seven senior clerics; all of them have the power to banish him.

"No foreign institution will carry out investigations into the Grand Imam, only clerics from al-Azhar's Supreme Council of Scholars will undertake the task, as is followed in religious institutions all over the world," Abu Hamed stressed.

Other MPs have indicated their refusal of this bill; MP Osama Sharshar said in media statements that he collected 160 signatures from MPs asking to withdraw the suggested draft law.

On the legality and constitutionality of the suggested draft law, he explained that the draft law clearly contradicts the 2014 Constitution, particularly Article 7 that allows the Grand Imam to be banished.

"The Parliament supports al-Azhar institution against this draft law and there will soon be a visit by a parliamentary delegation to al-Azhar's Grand Imam to show support," he added.

In the aftermath of the recent deadly suicide bombings that targeted two Coptic churches located in Egypt's cities of Alexandria and Tanta resulting in the death of 46 people, several media outlets and politicians launched severe attack against  al-Azhar institution.

The media and political attacks mainly addressed the involvement of al-Azhar institution in supporting extremism through keeping educational syllabi that include extremist views on ways to apply Islamic laws and deal with unbelievers.

In response to the attacks, the Grand Imam of al-Azhar Ahmed al-Tayyeb and a group of the institution's grand clerics released a statement in which they considered promoters of attacks against al-Azhar's educational syllabi "enemies of Islam".

The media's and politicians' attacks against al-Azhar institution have highlighted the necessity to carry out radical change in the currently followed educational syllabi, through removing extremist views included there.