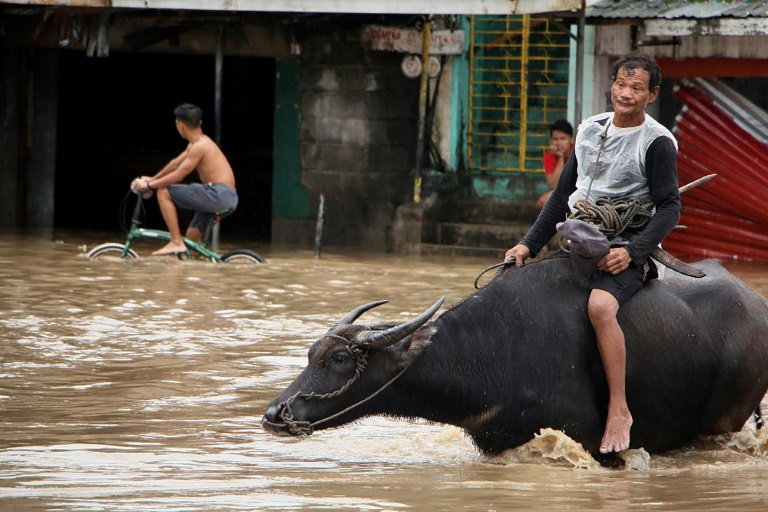 At least 22 people died from a storm that swept through the central Philippine islands at the weekend, authorities said Sunday, with rescue operations under way in flood-inundated communities.

The death toll rose from four a day after the storm brought heavy rain to the Bicol and Eastern Visayas regions, causing massive flooding and landslides, the government’s office of civil defense said.

Many of the deaths were due to landslides and drowning, it added, saying floods had yet to recede even as the weather disturbance known locally as “Usman” weakened into a low pressure area.

“Most of the (affected) areas are underwater. We are sending troops and rubber boats to rescue families. In some areas the floods have reached the roofs of homes,” Claudio Yucot, head of the Bicol region’s office of civil defense, told AFP.

At least 16 people died in Bicol while six others were killed in Eastern Visayas, civil defense officials said.

More than 22,000 people fled their homes ahead of the storm, which destroyed rice and corn crops and left some roads and bridges inaccessible, according to regional disaster officials.

Government forecasters said Sunday that heavy rain would continue over the next 24 hours in the northern Philippines.

An average of 20 typhoons and storms lash the Philippines each year, killing hundreds of people and leaving millions in near-perpetual poverty.

The most powerful was Super Typhoon Haiyan which left more than 7,360 people dead or missing across the central Philippines in 2013.

Philippines warns of hazards ahead after powerful typhoon exits