An Egyptian archaeological mission has unveiled a new collection of amulets and scarabs found inside a coffin unearthed in January in the Minya Governorate’s Al-Ghoreifa area, near the Tuna el-Gebel necropolis.

The mission determined that the sarcophagus, which dates back to Egypt’s 26th dynasty, belongs to the Ancient Egyptian God Thoth’s (Djehuty in Egyptian) High Priest, according to a statement released by the Ministry of Tourism and Antiquities.

Thoth was the Egyptian god of writing, magic, wisdom, and the moon. His followers primarily resided in the ancient city of Hermopolis, located near the modern town of Al Ashmunin.

The Secretary-General of Egypt’s Supreme Council for Antiquities, Mostafa Waziry, said that the mission discovered in its third season hundreds of relics, including heart-shaped scarabs, winged scarabs, and amulets representing different deities.

On September 21, the mission unearthed from a burial well a limestone coffin decorated with images of the four children of Horus, as well as a collection of Ushabti statues made of vines.

The mission began in the area in 2018, and has since unearthed dozens of tombs and antiquities. 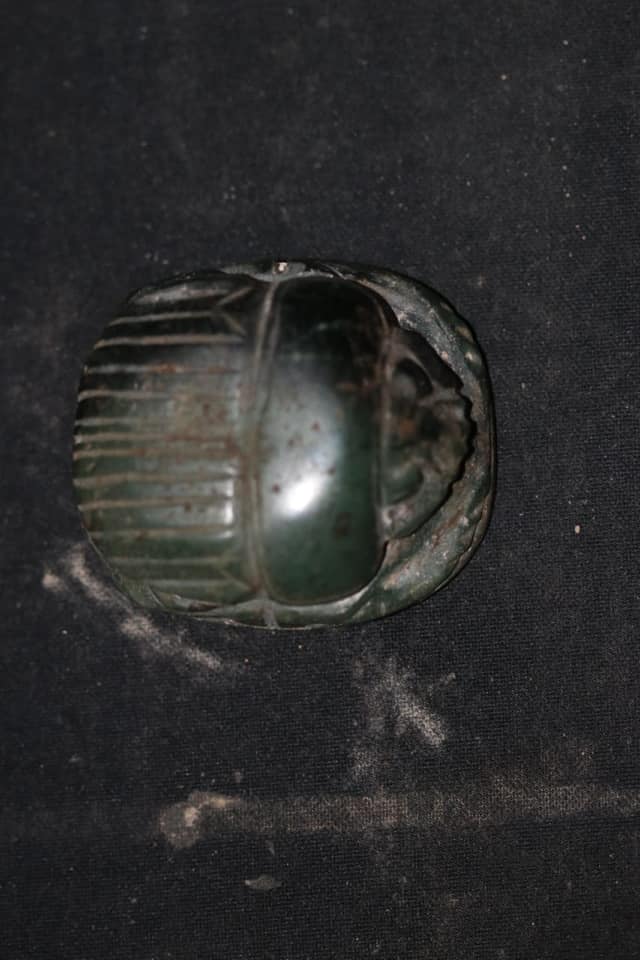 Egyptian antiquities official to inaugurate archaeology exhibition in the US