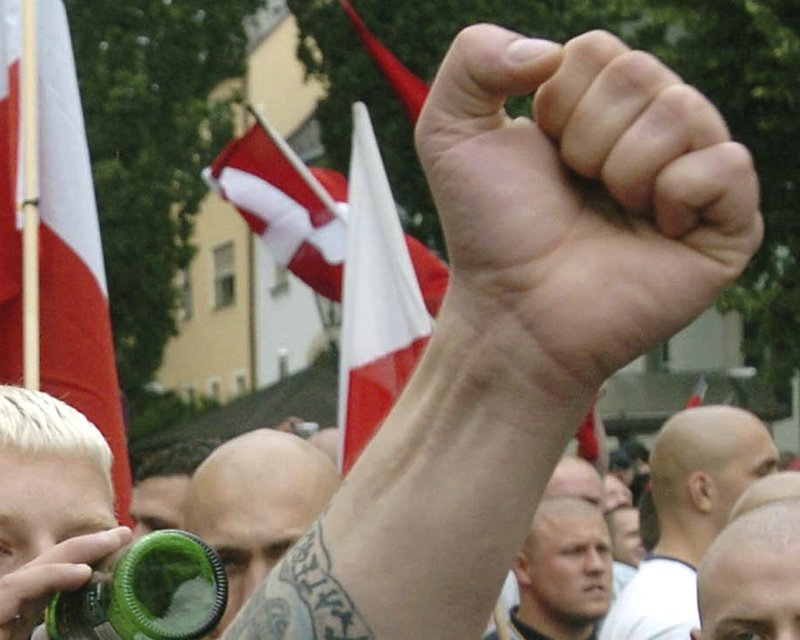 Some 500 far-right extremists began a march in Berlin on Saturday in honor of the 30th anniversary of the death of top Nazi Rudolf Hess.

neo-NazisAbout 500 counter-demonstrators gathered nearby the parade in the Spandau district, separated by hundreds of heavily armored police.

Berlin police spokesman Carsten Mueller told The Associated Press that authorities have imposed a number of restrictions on Saturday’s march to ensure it passes peacefully.

Police have told organizers they can march, but they’re not allowed to glorify Hess, who died at Spandau prison. The neo-Nazis are allowed to bring banners: but only one for every 50 participants.

Such restrictions are common in Germany and rooted in the experience of the pre-war Weimar Republic, when opposing political groups would try to forcibly interrupt their rivals’ rallies, resulting in frequent bloody street violence.

The exact rules differ according to the circumstances, but police in Germany say they generally try to balance protesters’ rights to free speech and free assembly against the rights of counter-demonstrators and residents.

The rules mean that shields, helmets and batons carried by far-right and Neo-Nazi protesters in Charlottesville last weekend wouldn’t be allowed in Germany.

Openly anti-Semitic chants would prompt German police to intervene, although efforts would be made to detain specific individuals rather than to stop an entire rally, police say.

Left-wing groups expect about 1,000 people to attend the counter-protests.

Hess, who received a life sentence at the Nuremberg trials for his role in planning World War II, died on Aug. 17, 1987. Allied authorities ruled his death a suicide, but Nazi sympathizers have long claimed that he was killed and organize annual marches in his honor.

The marches used to take place in the Bavarian town of Wunsiedel, where Hess was buried until authorities removed his remains.