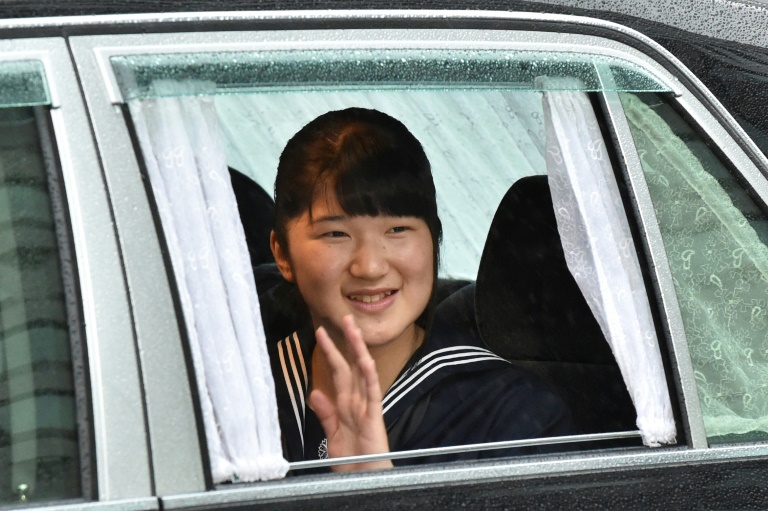 The vast majority of Japanese voters back allowing women to inherit the Chrysanthemum Throne, a new polls shows, as the royal family struggles with a dearth of male heirs.

The survey, conducted in the wake of last week’s enthronement proclamation ceremony for Emperor Naruhito, found 81.9 percent favour Japan having a woman take the throne, with 13.5 percent opposed.

The Kyodo News agency poll, carried out over the weekend, comes as there is renewed debate about succession in the royal family, with inheritance of the throne limited by law to male members of the imperial line.

The dwindling ranks of male heirs have rekindled debate about allowing female royals to ascend the throne, with top government spokesman Yoshihide Suga saying they would “cautiously” study the issue after a series of imperial ceremonies this year.

Not only are women precluded from inheriting the throne, but they lose their royal status if they marry a commoner, and their children are no longer considered part of the imperial line.

Japan’s Conservatives remain strongly opposed to revisions to the Imperial House Law to allow women to ascend the throne.

Last week, a group of politicians suggested instead enacting a special law allowing men from branches of the royal family that were abolished in post-war reforms to “rejoin” the line, in a bid to bolster the ranks of male potential imperial successors.

The results are in line with surveys in recent years suggesting public support for a woman taking the throne.

End of an era: Japan's emperor kicks off abdication rites