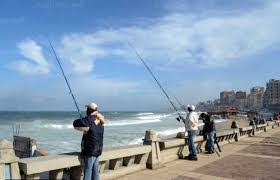 Pope Francis on Wednesday condemned the killing of Palestinians near the Gaza-Israel border, saying the deaths would only lead to more violence, and appealed for dialogue to bring justice and peace to the Middle East.

“I express my great pain for the dead and wounded and I am close in prayer and affection to all those who are suffering,” he told tens of thousands of people at his general audience in St. Peter’s Square.

“I repeat that the use of violence never leads to peace. War begets war and violence begets violence.”

Israeli forces killed 60 Palestinians near the Gaza-Israel border on Monday during demonstrations against the opening of the US embassy in Jerusalem, in the bloodiest day in Gaza in years.

Francis, who visited Israel and Palestinian territories in 2014, asked both sides and the international community to redouble efforts “so that dialogue, justice and peace prevail”.

Last December, when US President Donald Trump announced the decision to move the embassy, Francis called for Jerusalem’s “status quo” to be respected, saying new tension in the Middle East would further inflame world conflicts.

Speaking earlier in the audience to a group of Polish World War Two veterans, he said: “We never learn.”