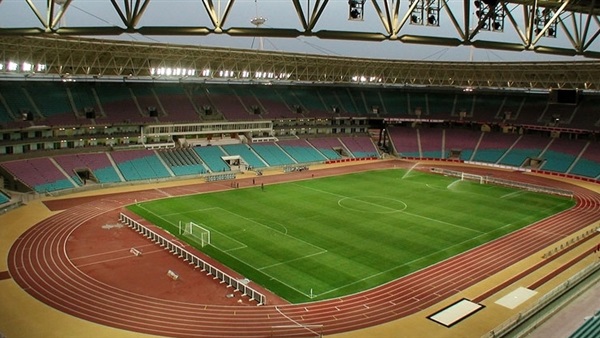 Prime Minister Mostafa Madbouly and Minister of Sports Ashraf Sobhi checked Cairo International Stadium’s playground and facilities on Saturday after the Confederation of African Football (CAF) announced Egypt as the new host for the 2019 Africa Cup of Nations tournament from June 15-July13.

Madbouly and Sobhi inspected the main playground, which features an all-seated capacity of 75,400 and will host the tournament’s opening ceremony and the Egyptian national team’s matches.

Madbouly requested that the playgrounds and facilities be prepared according to the modern international standards and is completed before first day of June.

The Prime Minister added that the government would hold a meeting to check the latest situation on stadiums hosting the tournament matches.

The Egyptian Football Association (EFA), headed by Hani Abu Rida, have chosen five governorates to host the 2019 Africa Cup of Nations. The five governorates are Cairo, Alexandria, Ismailia, Port Said and Suez. Cairo is to host two groups, while the other four governorates will host one group each.

The Confederation of African Football (CAF) announced on Tuesday that Egypt won the bid to host the 2019 Africa Cup of Nations. Egypt won with 16 votes, while one vote went to South Africa.

The CAF had withdrawn the tournament from Cameroon last November because of the delay in the completion of infrastructure and sports facilities, in addition to concerns about the security situation.