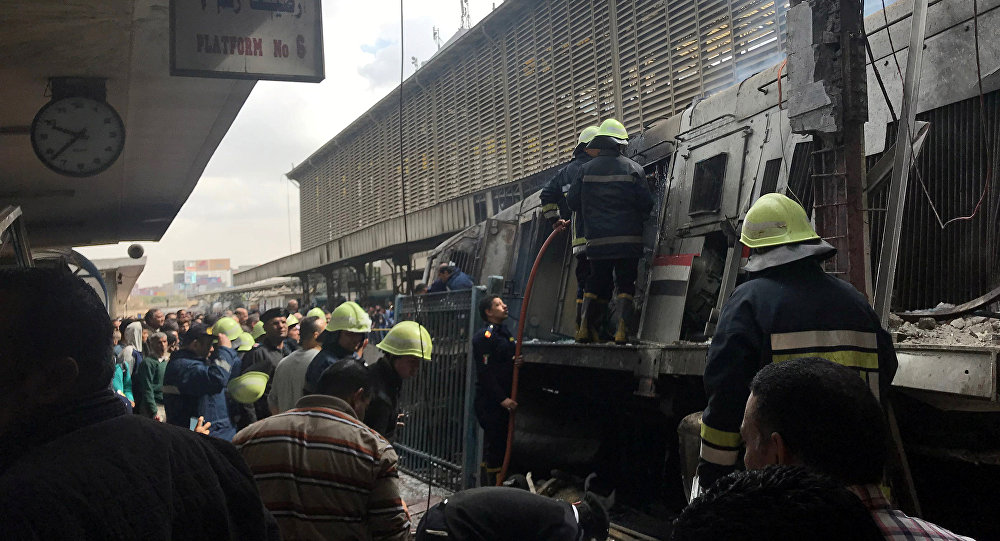 Egypt’s Prosecutor General Nabil Sadek decided to jail six defendants for four days pending investigations on Friday after 20 people were killed and 28 others injured when a fire broke out at Cairo’s Ramses Station due to a train colliding with the platform at the end of the line.

Security forces in Menoufiya arrested the fugitive driver of the train that caused the accident at the Ramses Station on Wednesday.

A security source said that the driver, Alaa Saleh, was arrested at an apartment owned by one of his relatives in the city of Shebin al-Kom in Menoufiya.

The driver resides in the city of Tanta, Gharbiya, but his hometown is in Menoufiya where he was arrested, said the source.