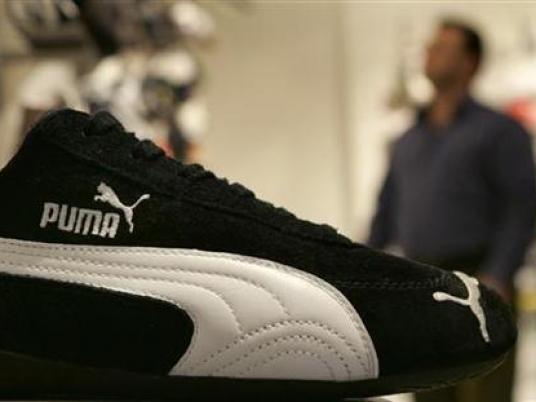 German sportswear company Puma announced a range of biodegradable shoes and clothes on Monday, seeking to lead in protecting nature as it tries to catch up with rivals Nike and Adidas in sales.

The company, praised by United Nations reports as a corporate leader in trying to limit environmental damage, also said it would widen its accounting for the costs of its air pollution, greenhouse gases, waste, land and water use.

"We have decided that sustainability is a mega-trend," chief executive Franz Koch told Reuters in a telephone interview, asked if innovation would help lift Puma, a distant third in sports apparel sales behind Nike and Adidas.

"We want to contribute to a better world. At the same time, we also want to carve out our competitive advantage," he said of the gamble that consumers will be attracted by novel eco-friendly products.

The new collection, going on sale in 2013, includes biodegradable sneakers and shirts and recyclable plastic track jackets and backpacks. At the end of their useful life, the products can be returned to stores for processing.

Koch said it was a "small collection" of 22 products. He declined to predict sales volumes.

The sole of the sneaker, for instance, would be made of biodegradable plastic and the upper of organic cotton and linen. After going through a shredder, it could become compost in six to nine months.

Koch said "biodegradable" did not mean products were not durable. "You can't just dispose of it in the garden at home, dig a hole and hope that a tree is going to come out," he said.

The company also said it was starting to rate the environmental impact of individual products, narrowing the focus from a study last year that estimated the entire company caused 145 million euros in damage to nature in 2010.

A new biodegradable T-shirt, for instance, would have environmental costs of 2.36 euros in terms of greenhouse gases, water, waste, air pollution, and land use associated with its production, compared to 3.42 euros for a conventional T-shirt.

"In the long run I think all of this should be standardized, just like we are used to seeing calories on our food products," Jochen Zeitz, chairman of Puma, told Reuters. Zeitz is also a director of Puma's owner, French luxury group PPR.

It also showed that 100,000 pairs of biodegradable sneakers, for instance, would fill 12 trucks of waste during production and disposal against 31 trucks-worth for the same number of normal Puma suede shoes.

Zeitz conceded that "a lot of people call it a risk" to mention pollution when trying to sell a product. "I think it's a risk not to talk about it," he said. "It's our opportunity as businesses to be transparent."

Pavan Sukhdev, who led the U.N.'s Green Economy Initiative from 2008 to 2011, has often praised Puma as a leader. He told Reuters last month that Puma has done "a great job in transparency, measurement and disclosure" of costs to nature.

So far, Sukhdev said only companies whose turnover makes up less than five percent of the world economy had put in place ways to start estimating damage to nature, from waste to energy use.