The renowned German architect and urban planner Albert Speer Jr., son of the main architect of the Third Reich’s Albert Speer, held a conference yesterday at the Goethe Institute about sustainable urbanization in Cairo.

Albert Speer Jr. founded the urban planning firm Büro Albert Speer & Partner (AS&P), which developed many projects all over the world, including the designs of Expo 2000 in Hanover and Shanghai International Automobile City. Speer is part of the architectural firm involved in the Qatar 2022 FIFA World Cup, the world’s first zero emission world cup.

In 2007, he developed a general strategic plan for 6th of October City in Cairo, and his firm currently belongs to an Egyptian-International consortium developing urban projects in Alexandria. They are in the process of conducting a comprehensive master plan studying all aspects of the city’s development in collaboration with Egyptian urban planners, architects and engineers.

During the conference, Speer pointed out the importance and urgency of rethinking future urbanization of the entire country and of Cairo in particular. He defined sustainability as resource efficiency, lower costs, and greater use of alternative energy and mass transportation systems. Taken together, these different elements can promote decentralization, which is important for achieving the major goal of sustainable urbanization, according to the architect.

Presenting Cairo as the “head” and the rest of Egypt as the “body,” Speer stressed the importance of developing a strategy that involves the whole country, with the support of the civil society, in order to ensure better living conditions for urban dwellers.

The public clearly showed disappointment at the general angle chosen by Speer, who energetically denied any relation to the Cairo 2050 plan, which was announced in 2009 and planned to relocate millions of inhabitants to the desert. He confirmed his firm was commissioned to work on 6th of October City, which is part of the overall Cairo 2050 plan. The plan would have replaced many historic neighborhoods with modern areas.

After the conference, Speer sat with Al-Masry Al-Youm to talk further on sustainable development and urbanization in Egypt.

Al-Masry Al-Youm: What are the concrete steps to develop sustainable urbanization and architecture in Egypt?

Albert Speer: The first thing that needs to be studied is the way the city is organized by taking into account the specifics of mobility, transportation, density and mixture of uses the city provides. It is only thereafter that you can start thinking of what type of eco-buildings with low energy consumption would be best. My aim is to develop the city ecologically and in a sustainable way by reducing emissions and energy consumption. In Germany, a study found that if you dramatically reduce consumption of energy now, the energy needed in the future will be reduced by 40%. But of course to achieve this goal, people’s mentality and their daily habits have to change. Although there is a common belief that this change will reduce urban dwellers’ quality of life, that’s not true.

Al-Masry: In an interview released last November, you said you were working on Cairo’s capability to host the Olympic Games in 2020. Have you reached any conclusions yet?

Speer: The study, which was commissioned to my company by the previous government, is completed.  We sent our conclusions to the old government, but we haven’t heard anything until now. Actually, this study did not concern the 2020 Games specifically. What we tried to determine is whether a metropolis like Cairo would be capable in the future of coping with the Olympic Games. The answer is no: Cairo is not ready for the coming 2020 Games because the time frame is too short to construct the infrastructure needed for an event of this scale. Sports facilities, on the contrary, don’t represent an obstacle because they are many here, even though they are generally very badly maintained.

In all the big cities that hosted the Olympic Games for the past 15 years, there was a lack of investment in infrastructures. But considering hosting Olympic Games is already very positive, because it forces the politicians to speed up the development of infrastructures and the implementation of environmentally viable solutions.

Al-Masry: While Green cities can represent an answer to overpopulation, sustainable architecture also tries to adapt existing buildings to new parameters of sustainability. Which is the best approach in the specific case of Cairo in order to have environmentally friendly buildings: building from scratch or rehabilitating buildings?

Speer: In Cairo I think we should have both approaches. However, the priority should be given in the future to the rehabilitation of existing buildings. It’s a more costly process at the beginning, but the running costs gradually go down due to the decrease of the costs of expenses related to water or electricity consumption.

In the renovation process, the most important thing is to conserve each neighborhood’s character. Also, the city and its environment need to be considered as a whole, with special attention given to public spaces and transportation systems like the use of bicycles and electric-bicycles. I’ve been working with Arab states for over 40 years now, and I have noticed that generally, the success of these projects relies equally on proper organization, discipline, political will as well as cultural changes.

Al-Masry: Your company was commissioned by the previous government to propose a plan for 6th of October City west of Cairo as part of the Cairo 2050 project which has been abandoned since the fall of the regime. How involved was your firm in the project and how would you define your relationship with former President Hosni Mubarak’s regime?

Speer: We have been commissioned to do a strategic plan for the development of 6th of October that was supposed to be part of the overall Cairo 2050 master plan. And the difficulty was that many of the things we proposed had again to do with organization, with the quality of public spaces and infrastructures, because you can’t live in isolated places without public transportation. This is why a large part of the social housing in 6th of October was completely empty. You have to provide shops, schools and everything else. We have proposed all of this and we reached an agreement with the previous government. Now the project is pending.

My firm had no close relations with the Mubarak’s regime or any other regime. We have been working for the government, that’s true, but our aim was always to work for the people to improve their living conditions and many of the things we proposed are still right for the future.

Al-Masry: What’s your opinion about the attempts to develop sustainable urbanization in Egypt in areas other than 6th of October?

Speer: I have no knowledge about the planning of the other cities so I can’t answer. For 6th of October, the main problem we faced is the allocation of land. Too many people are living in the same social and built-up environment, which has nothing to do with the old town or the possibility of mixture of social groups. This is a completely wrong policy, which is related to the size of the allocated area.

Al-Masry: The Egyptian architect Hassan Fathy pioneered sustainable architecture in the last century by re-establishing the use of local building material, and creating a natural ventilation system. Can this approach of eco-responsible architecture be applied to the city as well and should we go back to contextual architecture?

Speer: I met Hassan Fathy as a young man during a conference in Germany. He was a great personality but he was very unsuccessful. None of his ideas were accepted either by the public or by the governments because the solutions he found were not adaptable for growing societies. You can’t go back to Hassan Fathy’s time nor to contextual architecture, not at all.

Fathy’s project was artistically and esthetically very nice but it was developed at the scale of a small village, which has nothing to do with the problems Cairo is facing nowadays. We have to think of the future conditions of living of the residents of the city.

Al-Masry: Why is your company so interested in developing projects in the Middle East?

Speer: I love Arab culture and I’ve been travelling throughout the Middle East for the past 45 years. I’m proud to have the chance to work here. If you look at the diplomatic quarter built in Saudi Arabia at the end of the 1970s and beginning of the 1980s that won the Aga Khan prize as an example of modern Arab urban development, I think we can help the region’s urban development while respecting each country’s culture. 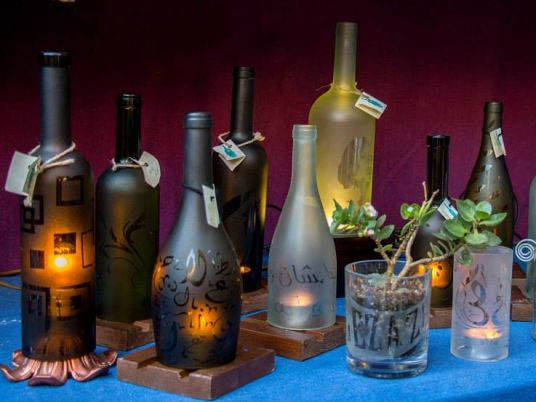