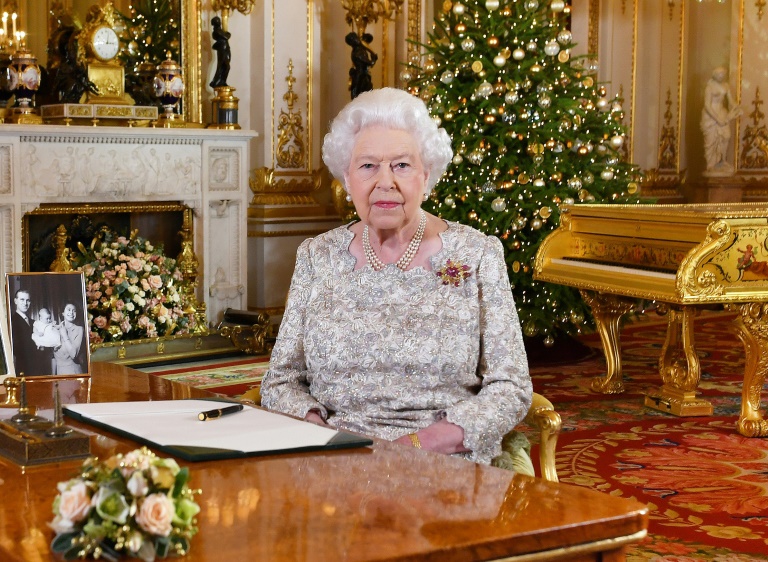 Queen Elizabeth II warned of religious “tribalism” in a Christmas message on Tuesday delivered against a backdrop of Britain bickering over its impending exit from the EU.

The 92-year-old monarch’s tone reflected a sombre mood sweeping the island nation as it ponders the perils of leaving the European project after 46 years in March.

British royalty traditionally steer well clear of politics — a unifying position that puts them above the daily fray of Westminster and Downing Street.

But the queen came close to breaking that mold during a five-minute appearance recorded earlier this month and played simultaneously on Britain’s main TV stations.

“Some cultures believe a long life brings wisdom. I’d like to think so. Perhaps part of that wisdom is to recognize some of life’s baffling paradoxes, such as the way human beings have a huge propensity for good, and yet a capacity for evil,” the queen said while seated in front of a fireplace and Christmas tree.

“Even the power of faith, which frequently inspires great generosity and self-sacrifice, can fall victim to tribalism,” the queen said.

The queen’s address crowns a stormy month that saw Prime Minister Theresa May survive a leadership challenge staged by her party’s most hardened opponents of Brussels.

May’s entire strategy for a negotiated exit from the European Union — or Brexit — is in danger of falling apart at the finish line.

The prime minister this month pulled a scheduled vote on a deal she had reached with the EU in November after admitting that it would overwhelmingly lose.

London’s split from Brussels without a trade agreement would threaten to unleash economic doom over the short term.

Those who back Brexit say it is a price worth paying for regaining sovereignty from officials in Brussels who they say subject London to their own rules.

The debate over the whole process is as emotional and personal for many as it was the day Brexit was backed by a 52-48 majority in a 2016 vote.

The queen appeared to be scolding both sides of the widening political divide.

“Even with the most deeply held differences, treating the other person with respect and as a fellow human being is always a good first step towards greater understanding,” the queen said.

She concluded by noting that the message of peace carried by the birth of Jesus in the Christmas story is as relevant as ever.

“I believe his message of peace on earth and goodwill to all is never out of date,” she said.

“It can be heeded by everyone; it’s needed as much as ever.”

The queen’s speech was recorded around the time last week when newly minted royal Meghan Markle’s honeymoon with the British tabloids appeared to be coming to an end.

The former US actress has come under almost daily criticism from the papers for allegedly being a tough boss whose demands forced several senior courtiers to quit.

The widely read Daily Mail even asked whether Markle — the wife of Prince Harry whose formal title is the duchess of Sussex — was being “Duchess Difficult”.

But top members of the royal family smiled warmly for the cameras while attending a traditional Christmas Day church service near one of their residences in the northeast of England.

And the queen herself indicated that she was enjoying the recent spate of royal weddings and the babies — including Meghan and Harry’s first in the spring — that they produce.

“Closer to home, it’s been a busy year for my family, with two weddings and two babies, and another child expected soon,” the queen said.

“It helps to keep a grandmother well occupied.”