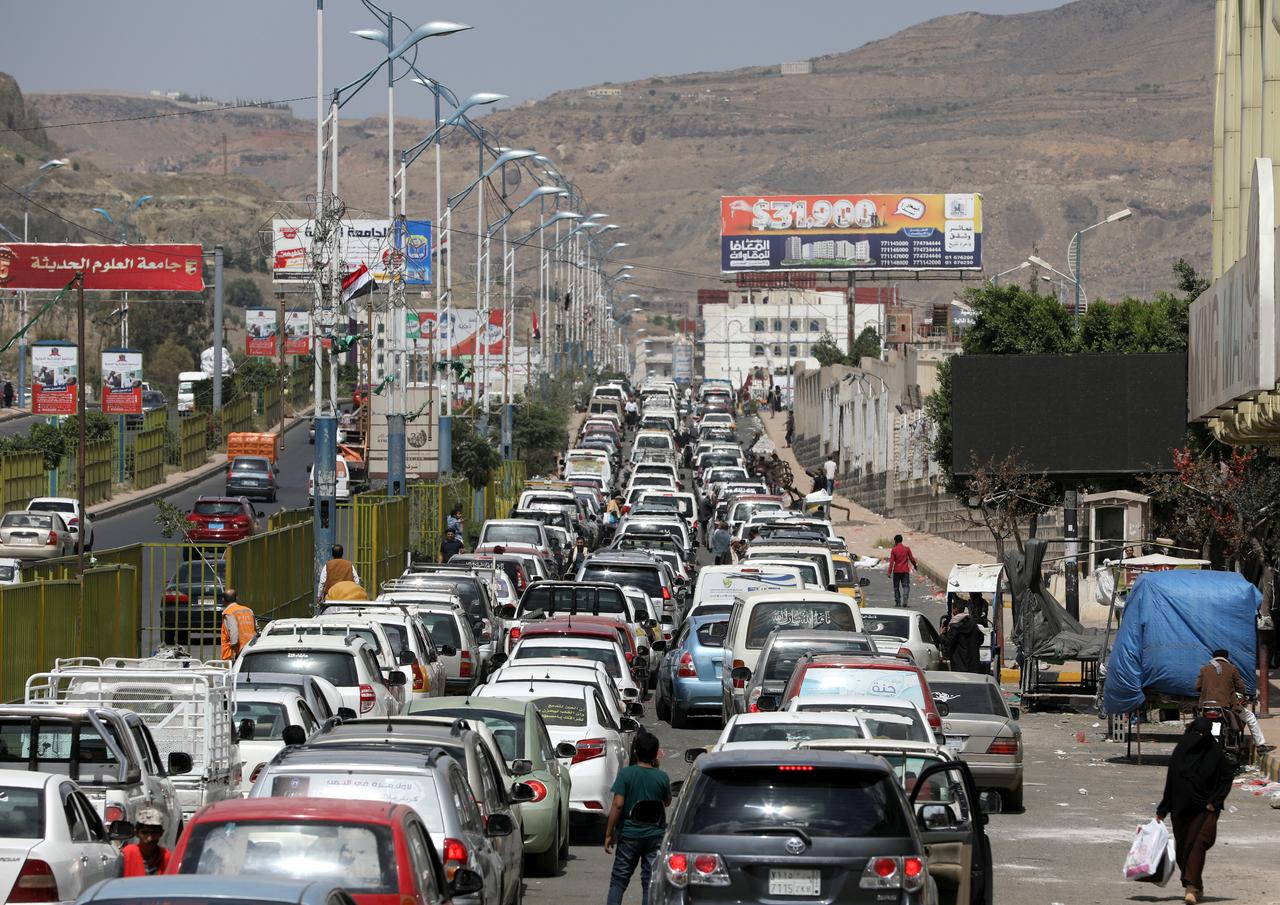 SANAA (Reuters) – A fuel shortage is deepening Yemen’s humanitarian crisis, forcing drivers to wait for days in queues that stretch back from some petrol stations as far as the eye can see.

The new shortage is just one of many problems causing suffering in the civil war being fought by the Iran-aligned Huthi movement and a Saudi-led coalition backed by the West.

But its consequences are far-reaching. Fuel is needed not just for cars but also for water pumps, hospital generators and to transport goods around a country where millions are on the brink of famine.

“It’s affecting us and all the Yemeni people,” said Nashwan Khaled, who had already been waiting for two days in a queue for petrol in Sanaa, the Huthi-controlled capital where many petrol stations have been forced to close.

Petrol on the black market is selling for almost three times the official price. Drivers can queue for two or three days.

“Fuel shortages in Yemen exacerbate the already dire humanitarian situation in the country and lead to unacceptable levels of suffering,” said Sultana Begum, a representative of the Norwegian Refugee Council humanitarian organization.

Imports into areas controlled by Huthis have to go through stringent controls imposed by the Saudi-led military coalition which intervened in Yemen in 2015 to restore the government of President Abd-Rabbu Mansour Hadi.

Supplies can be held at ports and frontline borders for months because of bureaucracy on both sides, aid agencies say.

“Today we are in a very bad situation, there’s a fuel crisis and they are stopping fuel ships from entering Yemen with the excuse of security,” said Ahmed Nasser, standing at a petrol station. “We suffer shortages of fuel, goods, all commodities.”

A Djibouti-based UN inspection mechanism was set up in 2015 after the coalition accused the Houthis of smuggling Iranian weapons through Yemeni ports under their control, a charge both the group and Tehran deny.

He said earlier this month that the coalition and government were preventing 10 vessels carrying 163,000 metric tonnes of commercial fuel imports – more than an average month’s imports – from entering the port of Hodeidah. Two of the ships have since been allowed to dock, port sources told Reuters.

The coalition’s spokesman was not immediately available for comment. A government committee accused the Houthis of “fabricating” the fuel crisis in response to the regulations, Saudi state media said.

In search of glory, Yemen athlete drowns in Med trying to reach Europe