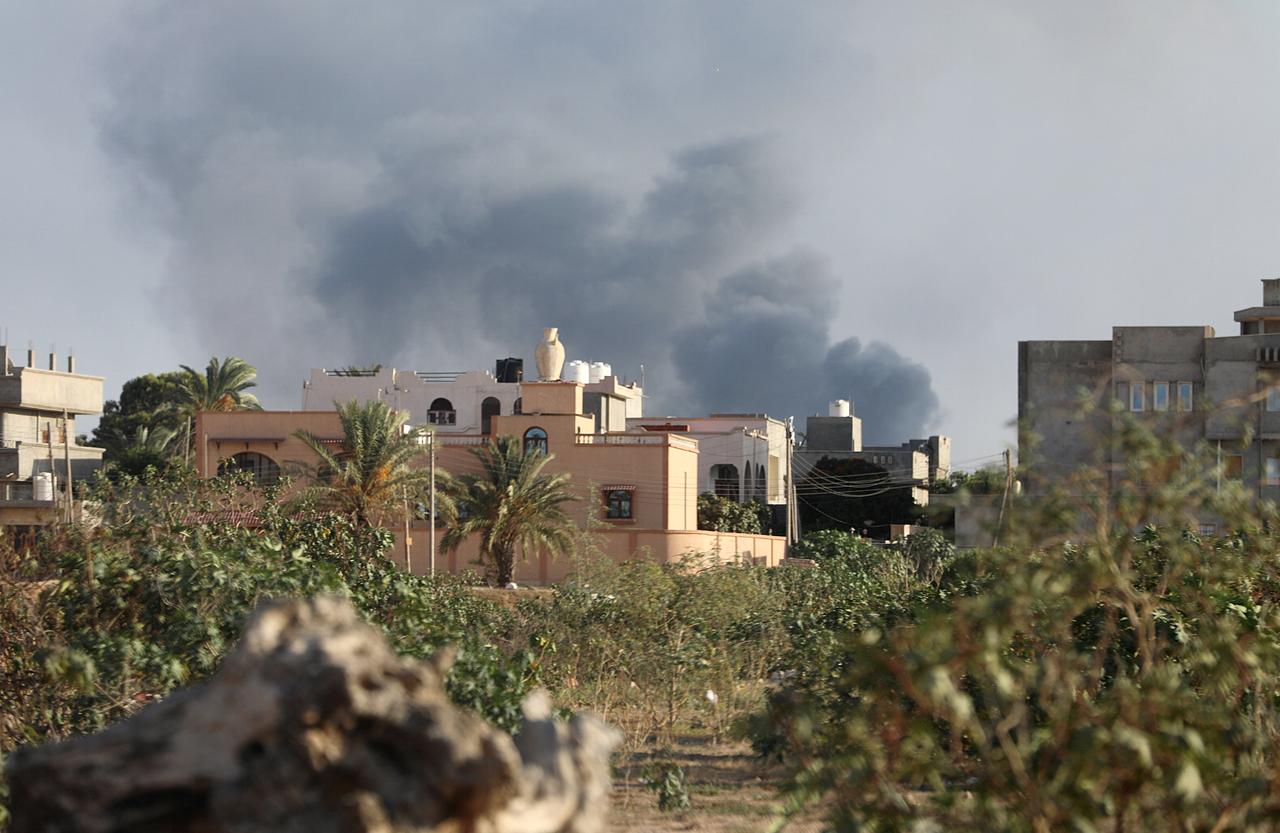 CAIRO (AP) — A leading rights group on Tuesday said it has evidence of potential war crimes by Libyan factions fighting a months-long battle for Tripoli, the capital.

London-based Amnesty International said its investigation showed that the warring parties have killed and maimed scores of civilians, with both sides having launched indiscriminate attacks and using inaccurate explosive weapons in populated urban areas.

Forces loyal to Khalifa Hafter, a veteran army officer based in the country’s east, began an offensive to capture Tripoli in early April, clashing with an array of militias loosely allied with a U.N.-supported but weak government based in the capital. The fighting has stalled in recent weeks, with both sides dug in and shelling one another along the city’s southern reaches.

Amnesty said Tripoli-based authorities and the LNA didn’t responded to its questions about the strikes.

Underscoring the report’s message, at least two children were killed in Tripoli when a shell hit their home Tuesday, said Malek Merset, a spokesman for the Tripoli-based health ministry. The government blamed the shelling on the LNA, which did not respond to phone calls seeking comment.

At least seven children have been killed by fighting in the past two weeks, according UNICEF, the U.N. children’s agency.

Mitiga, for months Tripoli’s only functioning airport, was repeatedly targeted by LNA airstrikes. The LNA has said the militias use parts of the airport as a military facility.

“Our on-the-ground investigation on both sides of the front line revealed a systematic disregard for international law fueled by the continued supply of weapons to both sides in violation of a U.N. arms embargo,” said Donatella Rovera, senior crisis response adviser at Amnesty International.

The Amnesty report said the presence of fighters at or near civilian homes and medical facilities endangered civilians there.

“What kind of war is this, killing civilians, families, in their homes? What can we do? May God help us,” one woman was quoted by Amnesty as saying.

The group said the woman’s husband, a 56-year-old father of six, was killed when a rocket struck his bedroom, where he was resting after returning home from playing football, on April 16. Amnesty blamed the LNA for that attack in the Abu Salim neighborhood, located a few kilometers (miles) from the city center.

It also said an artillery attack on the densely populated civilian neighborhood of Qasr bin Ghashir by militia allied with the U.N.-supported government on May 14 hit a three-story building, killing at least five civilians and injuring more than a dozen.

“The strike was massive; it sent a vehicle flying on top of another vehicle and for a moment everything was black. … It was a shocking sight,” the brother of 19-year-old Ahmad Fathi al-Muzughi, who died in the strike, was quoted as saying.

Months of combat in and around Tripoli have killed hundreds of people, mostly combatants, and displaced more than 100,000 others.

“Both sides use everything from … unguided rockets to modern drone-launched guided missiles in attacks that could amount to war crimes,” said Brian Castner, Amnesty’s senior crisis adviser on arms and military operations.

The fighting threatens to plunge Libya into another bout of violence on the scale of the 2011 conflict that ousted and killed longtime dictator Moammar Gadhafi.

Since the 2011 uprising, Libya has seen armed groups proliferate and has emerged as a major transit point for migrants fleeing to Europe.

The Libyan National Army is the largest and best organized of the country’s many militias, and has the support of Egypt, the United Arab Emirates and Russia. But it has faced stiff resistance from fighters aligned with the United Nations-recognized government, which is aided by Turkey and Qatar.

“The international community must uphold the U.N. arms embargo, which Turkey, the UAE, Jordan and other countries have flagrantly violated,” Castner said.

Libya’s instability a focus of concern at UN: AP Explains