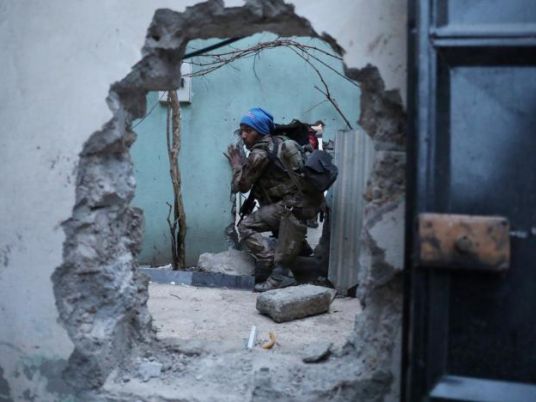 The antiquities museum in the Iraqi city of Mosul is in ruins. Piles of rubble fill exhibition halls and a massive fire in the building's basement has reduced hundreds of rare books and manuscripts to ankle-deep drifts of ash.

Associated Press reporters were granted rare access to the museum on Wednesday after Iraqi forces retook it from the Islamic State group the day before.

After examining AP photographs of the destruction, two Iraqi archeologists confirmed that many of the artifacts destroyed by IS were the original ancient stone statues dating back thousands of years, rather than replicas as some Iraqi officials and experts previously claimed.

IS captured Mosul in 2014 and released a video the following year showing fighters smashing artifacts in the museum with sledgehammers and power tools. The voice narrating the IS video justified the acts with verses from the Quran referencing the prophet Mohammed's destruction of idols in the Kaaba.

"These statues and idols, these artifacts, if God has ordered its removal, they became worthless to us even if they are worth billions of dollars," the narration said.

The sacking of the Mosul museum was just a single act in nearly three years of systematic destruction of Iraq's cultural heritage at the hands of IS. The militants leveled ancient palaces, temples and churches throughout Nineveh province and beyond, often releasing videos boasting of their acts. IS has even demolished some mosques, saying they were used to venerate saints, which IS considers a form of polytheism.

Inside the Mosul museum's main exhibition hall, the floor was littered with the jagged remains of an ancient Assyrian bull statue and fragments from cuneiform tablets. 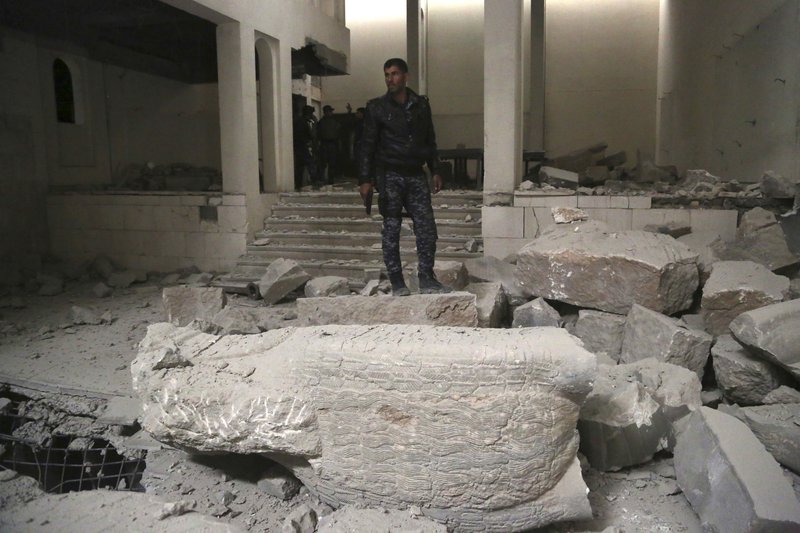 "These are the remains of a lamassu and the lions of Nimrud," Layla Salih, an Iraqi archaeologist and former curator of the Mosul museum said as she examined AP photographs of the remains. Salih said when IS took over Mosul, the museum housed two massive lamassu statues — winged lions recovered from the ancient Assryrian city of Nimrud.

"They were priceless," she said, "they were in perfect condition."

Hiba Hazim Hamad, a former archaeology professor in Mosul, confirmed Salih's assessment, saying she believed the building held hundreds of ancient artifacts at the time IS overran the city, "thousands if you count the small pieces," she added.

Adjoining rooms on the two main floors were largely empty save for a set of carved wooden coffins and doors left untouched. There were also smaller piles of rubble from what appeared to be additional destroyed artifacts, but the stones were crushed beyond recognition.

Hamad said these could be the remains of destroyed replicas, but even if replicas were on display, the original pieces would have still been inside the museum in the basement safe when IS overran the building.

"It's standard procedure for all museums [in Iraq]," she said referring to the practice of keeping the most valuable pieces locked away from view.

Mosul's antiquities museum — built in the 1970s and the second largest in Iraq — once housed priceless Mesopotamian artifacts dating back thousands of years and a collection of rare Islamic and pre Islamic texts.

"Daesh came to Iraq to destroy our heritage because they don't have their own," said Federal Police Cpl. Abbas Muhammad, using the Arabic acronym for the group. Muhammad was one of the first to enter the building after it was retaken from IS Tuesday and was holding the site with a handful of other troops on Wednesday.

The museum now effectively marks the front line in the fight against IS for Mosul's western half after Iraqi forces retook it during a push up along the Tigris River. Troops have turned one of its halls and its garden into a makeshift base, placing machine gunners at the building's corners under olive trees and blocking nearby roads with rubble, old cars and mounds of dirt.

The territory IS overran in Syria and Iraq is home to some of the region's most important historical sites and monuments. The extremist group is also believed to have looted ancient artifacts in order to sell them on the black market to finance its operations. 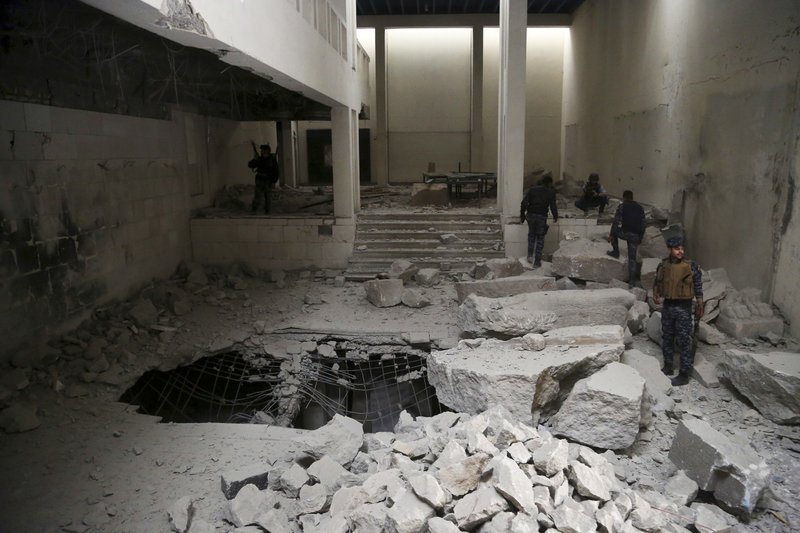 Lamia al-Gaylani, an Iraqi archaeologist who has been working in the field of preservation in Iraq since the 1960s, said IS destroyed Iraq's heritage in an effort to erase the country's identity and legitimize their own state in its place.

"They want their own history," she said. "Especially in a city like Mosul where the people are very proud of their history, I think [IS] did this as a form of revenge."

While al-Gaylani said destruction like what was wrought at Mosul's museum sparked outrage across Iraq, she said she worries that that anger won't necessarily translate to better protection in the future for the heritage Iraq has left.

"Most Iraqi people are focused on their own survival," she said, "and the government is not concerned with heritage."

A handful of history books remained in the main entryway of the museum beside a bag of placards from old exhibits.

"Mosul is the heart of Iraqi civilization," said Federal Police Maj. Muhammad al-Jabouri, a Mosul native from a nearby neighborhood.

"When I heard how Daesh destroyed this place," he said, as his eyes filled with tears. "Death would have been a greater mercy for me." 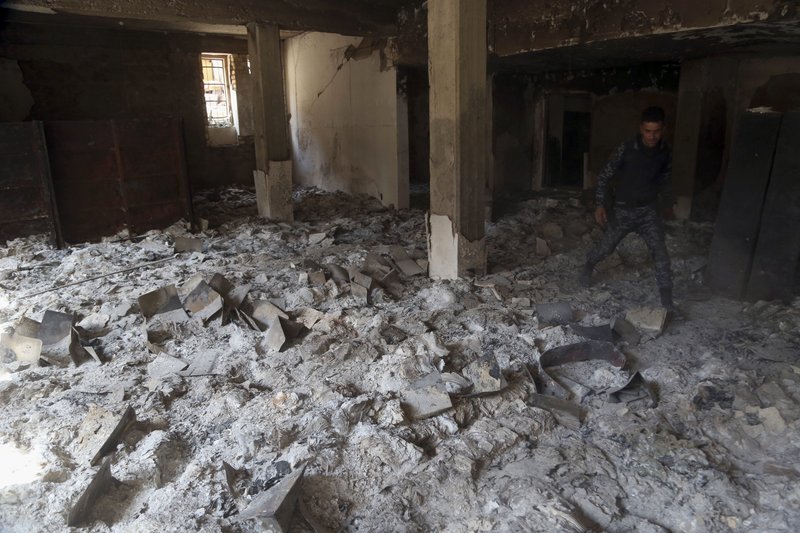 Books and manuscripts can seen inside Mosul's heavily damaged museum. Most of the artifacts inside the building appeared to be completely destroyed. The basement level that was the museum's library had been burned. The floors were covered in the ashes of ancient manuscripts. 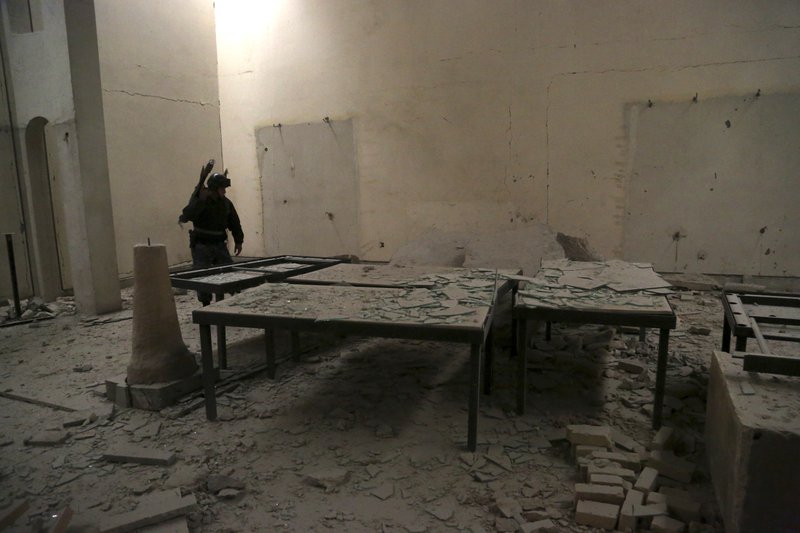 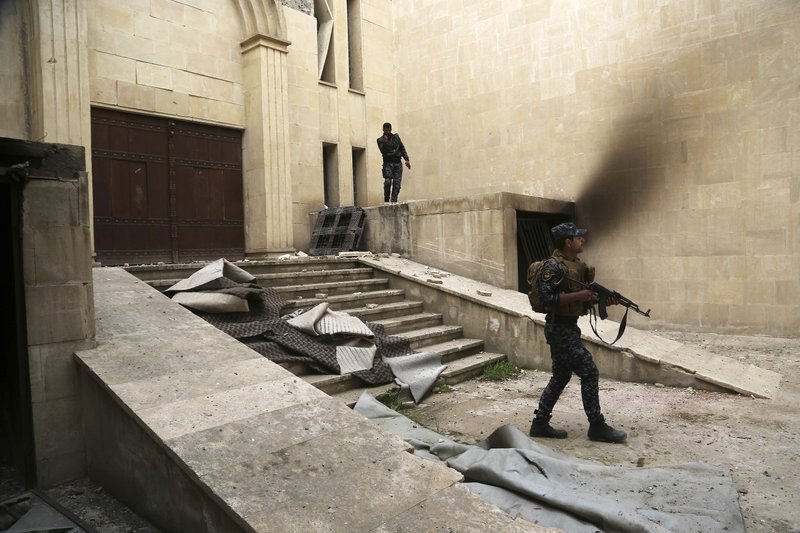 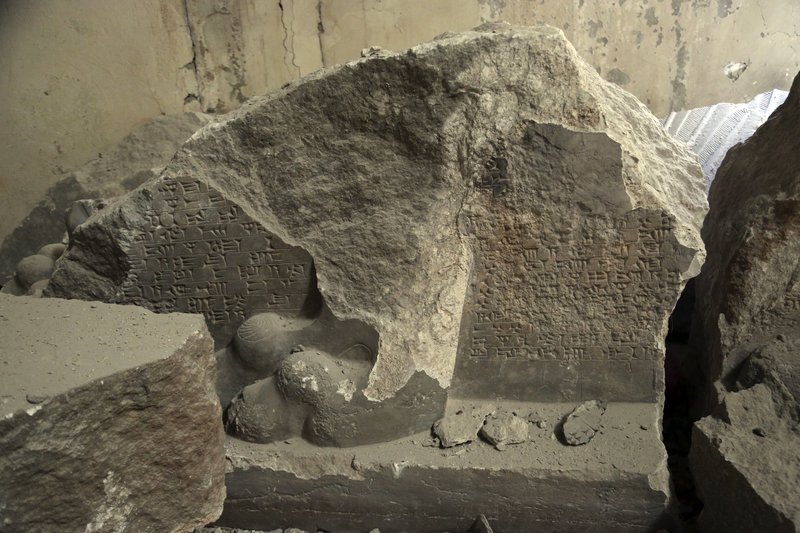