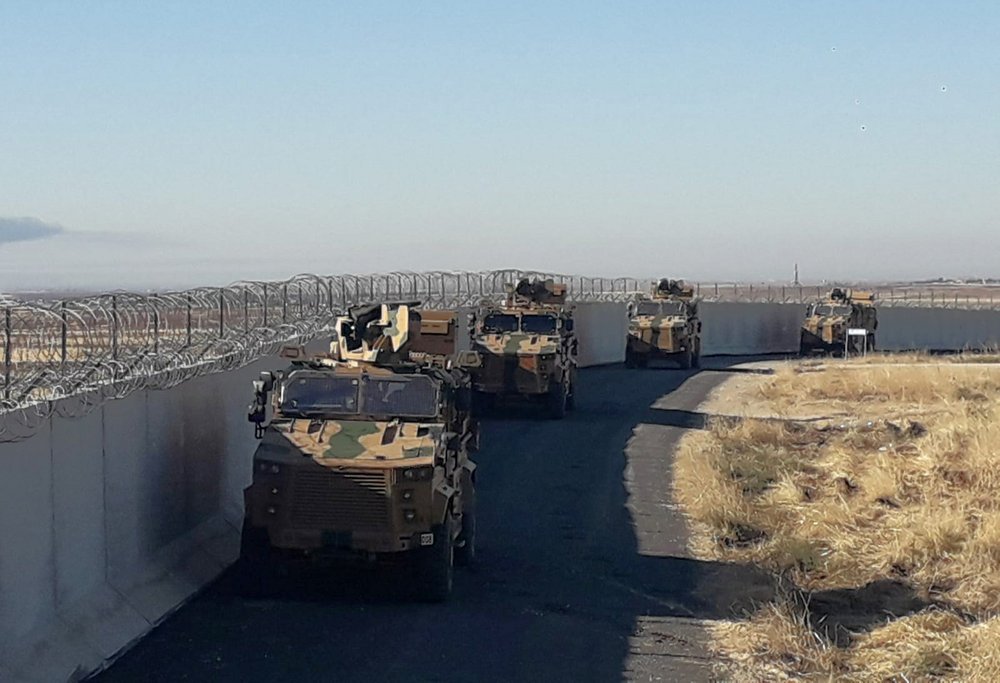 MOSCOW (Reuters) — Russia has begun setting up a helicopter base at a civilian airport in the north-eastern Syrian city of Qamishli, the Russian Defence Ministry’s Zvezda TV channel said on Thursday, showing footage of helicopter gunships arriving there.

The new base is protected by Pantsir surface-to-air missile systems and three helicopters, including two Mi-35 gunships and a Mi-8 military transport helicopter, have already been deployed there, with more to follow.

Zvezda broadcast footage of Russian military police protecting the base. Armoured vehicles and ground support crews for the helicopters were also shown, as was a weather station and a small doctor’s surgery.

“This is the first group of Russian military helicopters here in northern Syria… It’s a historic moment. From this day onwards our aviation group will operate permanently at Qamishli’s city airport,” said Pavel Remnev, Zvezda’s correspondent.

The Russian deployment comes less than a month after U.S. forces withdrawing from the area were pelted with potatoes by local residents after President Donald Trump abruptly ordered them to pull back from parts of Syria.

Russia has previously started using military helicopters to patrol an area near Syria’s border with Turkey in order to protect Russian military police working on the ground there.

The new base will allow them to do so more effectively, Zvezda said.

The patrols are carried out with Turkish forces and are designed to monitor an agreement struck by Moscow and Ankara after Turkey launched an offensive across its border with Syrian rebels in October, seeking to push out Kurdish YPG fighters it views as a national security threat.