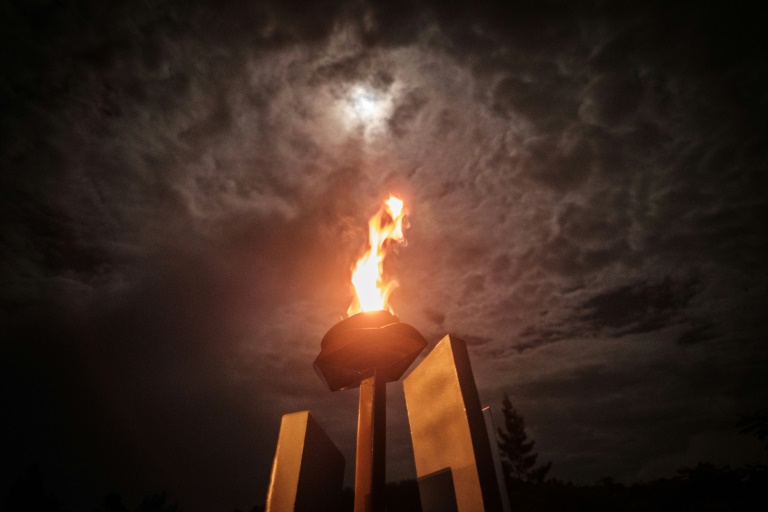 Rwanda, which has accused France of complicity in the 1994 genocide that killed some 800,000 of its citizens, said Tuesday it had invited President Emmanuel Macron to attend the 25th anniversary of the massacre on April 7.

Kigali has long insisted that France supported the Hutu regime and helped train the soldiers and militiamen who carried out the killing of minority ethnic Tutsis and moderate Hutus.

“President Macron has… been invited to the 25th commemoration of the 1994 genocide,” Rwanda’s state minister for foreign affairs, Olivier Nduhungirehe, told AFP.

Macron has not indicated whether he will attend the event in the Rwandan capital.

If he accepts, Macron will become only the second French president to visit the country since the genocide, which still poisons relations between the two nations.

Nicolas Sarkozy was the first to visit Kigali in February 2010, when he admitted France had made “serious errors” but gave no apology.

Paris has consistently denied any involvement in the massacre, which the UN says claimed about 800,000 lives in 100 days between April and July 1994.

In December, French judges dropped a long-running investigation into the killing of former Rwandan president Juvenal Habyarimana in April 1994, the event that sparked the blood-letting.

The probe represented a major source of tension between the two countries after seven people close to President Paul Kagame were charged in the French investigation.

Habyarimana, an ethnic Hutu, was killed in a missile strike on his plane near Kigali’s airport.

The first judge to lead the French probe, Jean-Louis Bruguiere, backed the theory that it was Tutsi militants from the former rebellion led by Kagame, the Rwandan Patriotic Front (FPR), who shot down the plane.

However, a Rwandan commission in 2009 found Hutu extremists were responsible for the assassination of Habyarimana

Kagame had already invited Macron to visit Rwanda, when he was in Paris in May last year for the first visit of a Rwandan head of state to France since 2011.