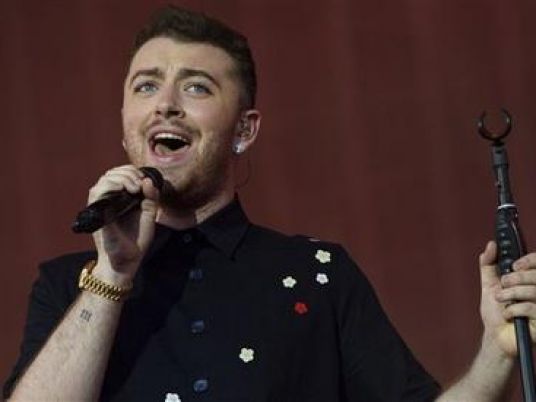 The name's Smith, Sam Smith.
The choice was shrouded in mystery and denials, but the 23-year-old British sensation has surfaced as the singer of the theme song for the new James Bond film, "Spectre."
Smith had denied the persistent rumors, but came clean Tuesday, tweeting that taking part in the Bond film was a new peak in his remarkable, multiple-award winning career.
"This is one of the highlights of my career," Smith wrote. "I am honored to finally announce that I will be singing the next Bond theme song. I am so excited to be a part of this iconic British legacy and join an incredible line up of some of my biggest musical inspirations."
Only last week, Smith had denied any part in the new 007 caper, which opens in October starring Daniel Craig as the durable secret agent first played by Sean Connery.
The track – titled "Writing's On the Wall" – was recorded in January but kept secret until now.
"It is a relief," Smith told The Associated Press on Tuesday. "I have been lying for a long time. I have known for a year so it is amazing to talk about it."
Smith, whose first album "In the Lonely Hour" enjoyed remarkable success, said he wrote the song in 20 minutes after reading the script. It was co-written with fellow Grammy Award winner Jim Napes.
The singer said he had already shot a music video for "Writing's On the Wall," but hadn't yet met Craig.
"I was with (director) Sam Mendes the other day and he said that Daniel has heard the song and that he likes it so I'm looking forward to meeting him."
The long line of Bond films has featured songs performed by Adele, Paul McCartney, Madonna, Shirley Bassey and other stars.
Few have matched the staying power of Bassey's "Goldfinger" theme, and McCartney's "Live and Let Die" has remained a staple in his live repertoire for decades.