Saudi Ambassador to Cairo Ahmed Abdel Aziz al-Qattan filed a complaint on Thursday with Attorney General Abdel Meguid Mahmoud, demanding he begin an investigation into the attack on the Saudi Embassy in Giza on Friday.

In his complaint, Qattan said the embassy building, which is located on Ahmed Nasim Street in front of the Giza Security Directorate, was attacked by a number of thugs. He added that a number of Saudi diplomatic mission vehicles were set on fire and that an attempt was made to demolish the wall surrounding the embassy.

In his complaint, Qattan said the attack was considered an attack on Saudi land, which is protected by international treaties and agreements. He pointed out that the Saudi government and people were keen on preserving good relations with Egypt.

The complaint also pointed out that the embassy had received a royal order to continue its work despite the attack, which was described as "unjustified and coming from a small group of deviant outlaws, who have nothing to do with the respectable Egyptian people."

Sources at Cairo International Airport said they have received dozens of complaints from Egyptian returnees who used Saudi Arabian Airlines. Returnees said they were beaten and humiliated by staff members at Jeddah International Airport, their flights were delayed for more than 24 hours, and their luggage was mishandled.

The passengers said they have filed reports over the mistreatment.

Egyptian brutally murdered in his apartment in Kuwait 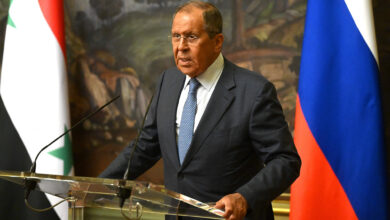 Russia will show no mercy for those responsible for Dugina’s murder, foreign minister says