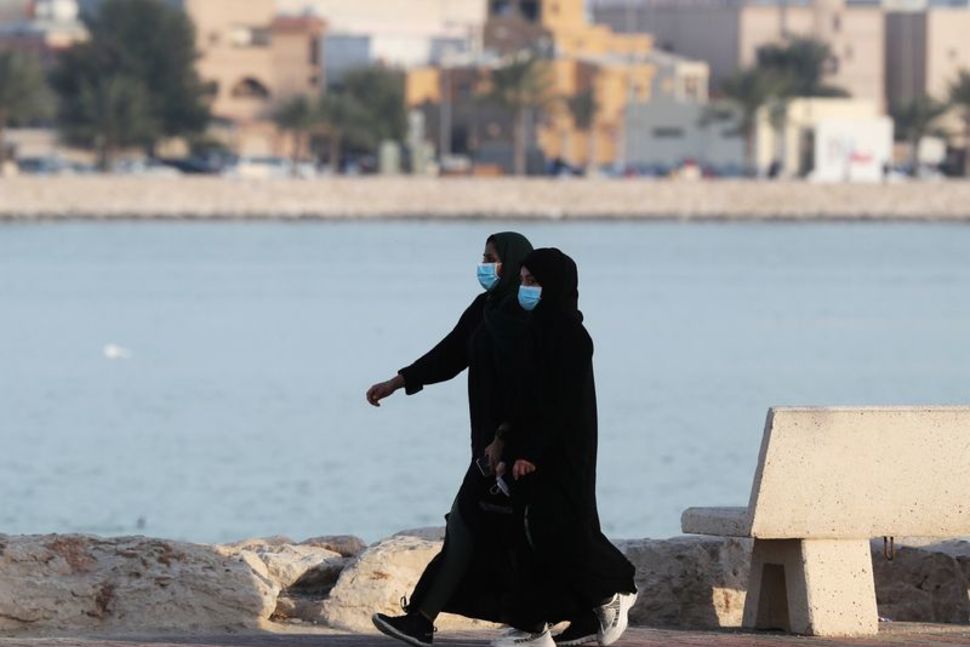 RIYADH (Reuters) — Saudi Arabia said on Tuesday that mosques would no longer be open for the customary five daily prayers or Friday congregations, an exceptional move to limit the spread of the coronavirus which has infected 171 people in the kingdom.

Saudi Arabia, which chairs the Group of 20 major economies, announced an extraordinary virtual leaders summit next week “to put forward a coordinated set of policies to protect people and safeguard the global economy.”

The U.S.-allied Gulf Arab states have registered more than 1,000 infections, many linked to travel to neighboring Iran, which is an epicentre for the outbreak in the Middle East.

Oman, which reported nine new cases for a total of 33, is closing mosques, restaurants, coffee shops, tourist sites and traditional markets and malls, except groceries and pharmacies, starting Wednesday at midday. It will bar foreigners from entering and nationals from leaving, state TV said.

Qatar, with three new cases bringing its total to 442, likewise shuttered mall shops not selling food or pharmaceuticals, and closed part of an industrial zone for at least two weeks, a government spokeswoman said.

Saudi Arabia has taken drastic steps to try and slow down the spread of the virus, including suspending the Umrah pilgrimage, halting international flights, and closing schools and most public establishments.

Prayers will continue only at the two holy mosques in Mecca and Medina, the holiest places in Islam, state news agency SPA reported, citing the kingdom’s top clerical body. Mosque doors will close and the ritual call to prayer will direct people to pray at home.

The kingdom previously suspended work for government employees, except in the health, military and security sectors.

The central bank said it had activated business continuity plans and work-from-home measures for financial institutions. The Council of Ministers postponed its regular meetings for two weeks, media reported.

Amid volatility in regional markets and plunging oil prices, the UAE announced that shares would be allowed to drop a daily maximum of 5% from their previous day closing price, instead of 10%.

Bahrain, with 227 cases and the only death so far in the six-member Gulf Cooperation Council, said it would cover some utility payments, exempt tourist facilities from taxes, double the size of its liquidity fund, and raise banks’ lending capacity.

Image: Women wear protective face masks, as they walk, after Saudi Arabia imposed a temporary lockdown on the province of Qatif, following the spread of coronavirus, in Qatif, Saudi Arabia March 10, 2020. REUTERS/StringerREUTERS