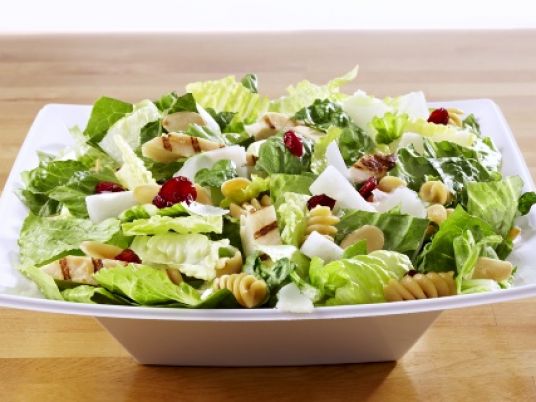 The first issue of The Journal of the Association for Consumer Research out of Cornell University Food and Brand Lab has brought together some of the newest ideas in the science of eating for its January 2016 issue. Here we round up the key ideas that can be easily incorporated at home to help prevent mindless, overeating, and promote a healthier 2016.
Don't eat if you're not hungry
It may sound obvious, but don't eat for the sake of it according to US researchers. In their study, eating when not hungry caused blood sugar levels to spike after a meal, which can cause damage to the body's cells. Eating when actually hungry however caused a smaller, and healthier, rise in blood sugar levels.
Serve fruit with meals
Systematically serving fruit and vegetables with a meal could be an effective way to consume more of them, according to a recent study conducted at Walt Disney World, Florida. The study showed that when meals automatically came with fruit, vegetables, and juice instead of fries and soda, around half of consumers chose to keep the healthier options rather than replace them with the unhealthier options.
Mirrors = mindfulness
Having mirrors around you when eating makes you less likely to eat unhealthy food according to a team from the University of Central Florida. Although we often choose unhealthy food because we think it will be tastier, in their study the presence of a mirror lowered the perceived tastiness of unhealthy food, but not the perceived tastiness of healthy food.
Eat with a fork, not a spoon
You eat less with a fork according to a series of recent experiments by Portland State University.
When participants were given food to eat with either a spoon or a fork, they perceived the food as lower in calories when it was eaten with a spoon, and wanted to eat more of it. "So, the next time you mindlessly reach for a piece of cutlery to eat with, remember to opt for forks over spoons! It can help your waistline!" recommends author Dipayan Biswas, of the University of South Florida.
Use smaller plates
A team of Australian researchers looking at 56 existing studies on the effect of plate size on food consumption found that overall, halving the plate size reduced the amount of food eaten by 30%, and reducing plate size was even more effective in reducing the amount eaten if diners serve themselves. "Just changing to smaller plates at home can help reduce how much you serve yourself and how much you eat," says joint-author Natalina Zlatevska of Bond University, Australia.
Slice smaller
Serving smaller portions, and on bigger tables, leads to smaller meals and less overeating according to a US study.
When the study's participants were served pizza in both regular and smaller slices on two different table sizes, the participants who were eating the pizza from the bigger table ate less. The reason, according to researchers, is that when comparing the size of the pizza slices to the size of the table, participants perceived the smaller slices to be more regular, not smaller, in size, and so chose to eat less slices than participants eating at the smaller table.
"To eat less food," lead researcher Brennan Davis recommends, "serve food in small portions and on large tables."