I was introduced to Tintin at an airport bookstore, when my mom pulled a copy of “Flight 714” off the shelf, handed it to me and said, “Here, you’ll like this. There’s a sailor who gets so drunk, he tries to kiss a lamp.”

She was wrong about the lamp part (I still don’t know where she got that from, or why it seemed like an appropriate selling point), but couldn’t have been more right about me liking the book. I spent the ensuing flight to Indonesia reading and re-reading Tintin’s adventure in Indonesia, and effortlessly convincing myself that we were the same person, even though only one of us had been deemed “responsible enough” to own a dog.

An obsession quickly developed, and I systematically went through all 23 volumes (plus “Lake of Sharks” and, eventually, “Alph-Art”), the animated 1950s serial with the deafening opening narration, and the quieter, cleaner 1990s Canadian adaptation. I had posters, t-shirts, videos, and a self-illustrated collection of Tintin’s more violent adventures (“Tintin vs. Tintin” and “Tintin in Hell” being my favorites).

In my eyes, at that early age, anything Tintin was by default the “greatest thing ever,” and the same went for anything Spielberg. So why then has the new Tintin movie, directed by Steven Spielberg left me feeling cold and friendless?

In terms of comic book adaptations, it’s certainly not the disaster it could have been. In fact, “The Secret of the Unicorn” might even be a good movie for those able to see it as just that. For all those other viewers heading to theatres hopeful of a reunion of sorts, disappointment is almost certain, as there’s very little that’s familiar about Spielberg’s Tintin.

Fans of comic book films will probably agree that the most obvious changes — those made to the overall aesthetic of the source material — are the hardest to recover from. Thankfully, Spielberg and co-producer (and reported director of the inevitable sequel) Peter Jackson are smarter than that, opting to build on Hergé’s signature ligne claire style rather than abandon it. The key characters are not only recognizable — they’re lovingly fleshed out in full detail, as is the rest of Hergé’s timeless world. “The Secret of the Unicorn” proves beyond a doubt the merits of motion-capture technology in depicting a world that is neither reality, nor that far removed from it, making it the ideal medium for adapting Hergé, and it’s clear the animators thought as much — several scenes are full of visual references to the series’ other installments. Sadly, much of that effort is undone by the overzealous camerawork; noir-ish, tilted angles and overheard shots don’t sync well with Hergé’s far subtler paneling.

By choosing one of the Tintin storylines relying more on fantasy elements than political overtones, it was obvious we’d be getting Indiana-Jones-Spielberg rather than, say, Munich-Spielberg. And there’s nothing wrong with that, as intriguing as the alternative might sound in this particular case. The problem, though, is that “The Secret of the Unicorn” owes more to the director’s back catalogue than it does to Hergé’s. In fact, if you replace Haddock with a historical figure and get rid of the dog, you’d have a pretty entertaining (albeit elaborately produced) episode of “The Young Indiana Jones Chronicles.” The action is way too over the top for any Tintin adventure, let alone his first major onscreen appearance, and the central “mystery” is reduced to little more than an excuse for the characters to get out of the house and wreck stuff. Crane wars and multi-leveled town-demolishing chase sequences? Where was all this when Spielberg was making that failed sitcom pilot that turned out to be “Indiana Jones IV”?

As for the changes to the storyline, there are several, and, as always, they are infuriating, if only for the lack of logic they present. Besides the countless omissions and jarring alterations, the biggest question mark of all has to be why Spielberg and Jackson chose to piss away “Red Rackham’s Treasure,” i.e. the whole treasure-hunting third of the treasure hunt. The film’s plot jumps from the first page of that book to its last, literally skipping out on the entire adventure and only giving audiences half of its original ending.

Tintin is one of the most translated literary properties in the world (I remember it being one of the few things I could read in Arabic without getting depressed) and for good reason. The books are smart, funny, meticulously researched, beautifully drawn, and endlessly entertaining. But the main reason so many people around the world have responded so strongly to the ageless reporter is that Tintin was never a character as much a collection of morals and values we’d all like to believe we possess. He’s fearless, practical, and (after the first few issues, published at a time when racism was still okay) righteous to a fault.

Beyond that, however, he’s merely a blank canvas for readers to project themselves on to, a vessel to carry them through the adventure. Unfortunately, Spielberg seems to have steered him into the wrong one. Hergé crafted adventures that fit snugly within the framework of art, drawing readers in with details, but always leaving enough gaps for them to fill with their own imagination. Film — especially a loud, 3D, motion capture one — muscles in on that mental territory and wrestles your senses into submission. This Tintin is big, beautiful, and dumb. For Spielberg, that might mean business as usual, for Hergé’s fans, however, it’s a bit of an insult. And, true, Hergé did say before his death that Spielberg was the “only director” capable of bringing his vision to life, but it should be noted he was saying that based on seeing “Raiders of the Lost Ark.” Chances are he would’ve taken that statement back had he lived long enough to witness the undignified sight of Harrison Ford climbing into a fridge.

When the sequel comes out, I’ll probably go see it, and I’ll probably complain about it. But then I’ll go home and still be able to enjoy rereading a Tintin book, or even watching an old episode. Because not even Steven Spielberg can ruin Tintin for me. Me and him have grown apart in recent years, anyway. With Tintin, on the other hand, the similarities continue, as according to the business cards I lost, I’m a reporter now too. Only I haven’t busted any drug rings yet, and I still don’t have a dog. 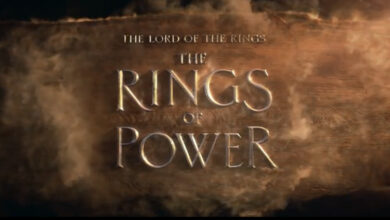