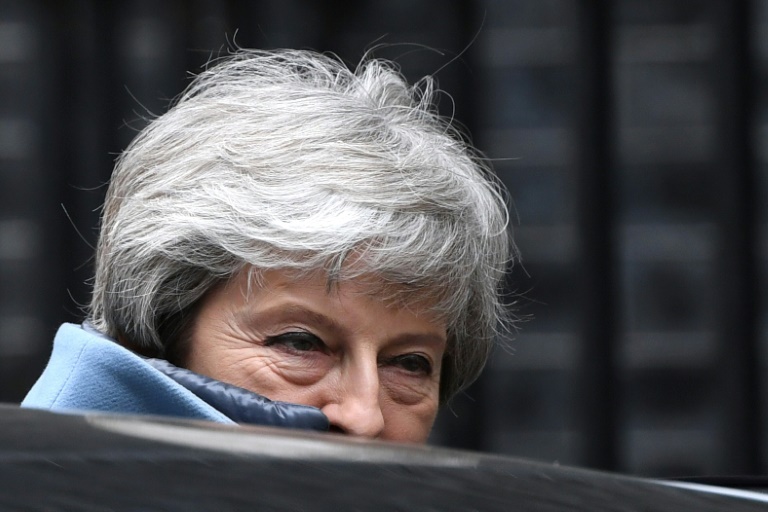 Anyone who thinks Theresa May’s resignation announcement — telling her party she will stand down once Brexit is delivered — marks the end of the most turbulent period in British politics for decades is mistaken.
We are only coming to the end of the first act of a very long and complicated play.
As was clear from proceedings in Parliament on Wednesday night, lawmakers cannot decide on a Plan B for Brexit.
And yet it’s highly likely that Plan A — the Prime Minister’s deal already defeated twice in the Commons — may be completely dead after the Northern Irish Democratic Unionist Party (DUP), on whose votes May depends, said they could never back it.
From this interminable state of deadlock, it is very difficult to predict how the next few weeks and months will turn out for both the government and the United Kingdom, but let’s give it a try.
May pledged to resign in exchange for Conservative votes for her deal, and some Tory lawmakers did switch sides.
It may seem that, given the DUP decision to block it anyway, her offer was a waste of time — and yet it is hard to see how the
Prime Minister can cling on beyond the summer anyway, given her authority and credibility are now all but obliterated.
Succession plan?
It was reported that a contest to find May’s successor could begin in late May, perhaps straight after the new potential Brexit date of May 22.
A six week campaign would produce a new Tory leader — and Prime Minister — by early July.
This timetable would chime with that of Brussels, which will be reassembling for a new session after the European Parliament elections in May.
The new Prime Minister’s number one task will be to open the second phase of Brexit negotiations with the European Union, on a future trading relationship between the two entities.
He or she is likely to have a fresh negotiating team of officials, a new Brexit minister and maybe even a different foreign secretary.
But exactly how those negotiations go will depend on the person who wins the leadership contest.
Many Conservative lawmakers are insisting that the next Prime Minister must be someone who enthusiastically believes in Brexit — such as the ex-Foreign Secretary Boris Johnson or the one-time Brexit Secretary Dominic Raab.
While there will be several candidates from all wings of the party and Brexit debate, the leadership contest will be dominated by the issue of Brexit and how close a trade deal the UK should have with the EU.
In theory, a staunch Brexiteer leader will likely come up with a whole new set of tough red lines for the next round of negotiations. And yet, paradoxically, perhaps the lesson of May’s difficult tenure fresh in Conservative minds will make whoever is the new Prime Minister want to adopt a more consensual approach.
Tricky process
No matter who is in charge, it’s also the case that the parliamentary arithmetic — the baffling breakdown of numbers which has time and again failed to break the deadlock — will not change under a new Prime Minister.
Britain will still have a hung parliament, the government will still be dependent on DUP votes to get their important business through. This suggests that the next negotiating round could be very slow indeed.
But if the new Prime Minister does decide to be more consensual than May, there is compromise to be found in the House of Commons.
Wednesday night’s indicative votes showed that there is, so far, a majority for none of the alternatives on offer. But the most popular option, involving a softer Brexit customs union, could find its way into the post-May round of trade negotiations with the EU.
In fact, May’s original withdrawal agreement does not rule out a softer Brexit — because it is concerned with the process of leaving rather than the nature of a future relationship.
Intriguingly, the DUP abstained on the customs union motion, rather than voted against. They are rumored to be inclined towards a softer Brexit than May has argued for — the bigger issue for them is the integrity of the UK and the Northern Irish backstop.
What could change the metrics is, of course, a general election.
The next nationwide poll is not scheduled until 2022, and yet months of stalemate may mean there is no other way out for British politics.
Just like the Tory leadership contest, Brexit will dominate the campaign. It is possible that the opposition Labour party would win, and the Brexit negotiations taken on a completely different flavor.
Just because May has set out her departure, it doesn’t mean Brexit is going to get any easier.

Brexit in play: May's job on the line as parliament tries multiple choice