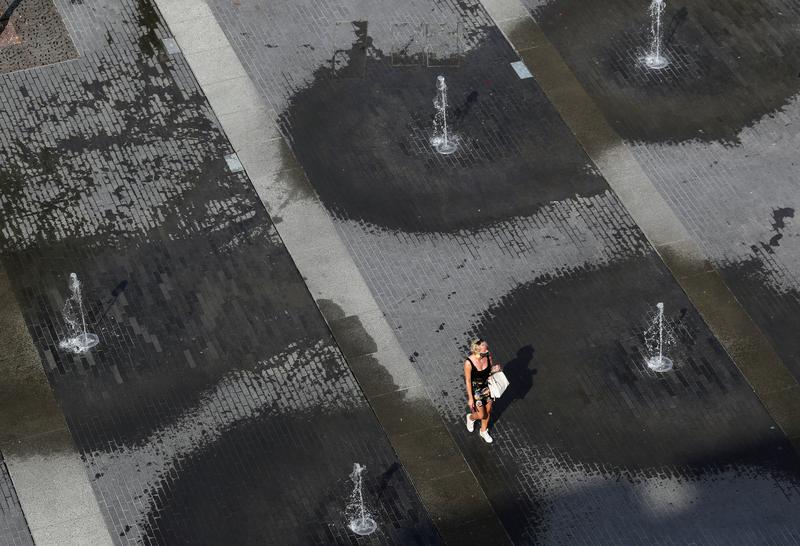 LONDON (Reuters) – Last month was the world’s hottest September on record, with unusually high temperatures recorded off Siberia, in the Middle East, and in parts of South America and Australia, the European Union’s Copernicus Climate Change Service said on Wednesday.

Extending a long-term warming trend caused by emissions of heat-trapping gases, high temperatures this year have played a major role in disasters from fires in California and the Arctic to floods in Asia, scientists say.

Globally, September was 0.05 degrees Celsius warmer than the same month in 2019 and 0.08C warmer than in 2016, previously the warmest and second warmest Septembers on record, the Copernicus data showed.

Over the past three months of 2020, climate events such as the La Niña phenomenon and projected low levels of autumn Arctic sea ice will influence whether the year as a whole will become the warmest on record, the Copernicus service said.

Image: FILE PHOTO: A woman walks among fountains on a square in central city during a hot summer day in Brussels, Belgium September 16, 2020. REUTERS/Yves Herman

Leaders to UN: If virus doesn’t kill us, climate change will